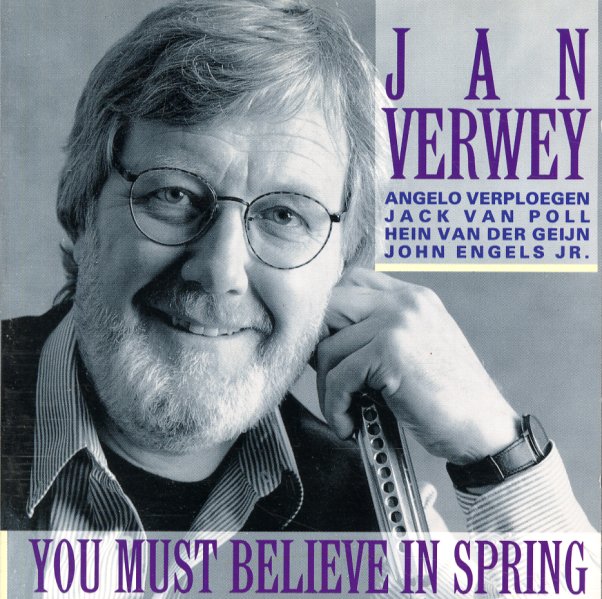 You Must Believe In Spring

Rise Of Atlantis
Timeless/Solid (Japan), 1978. Used
CD...$19.99
A bold statement by one of the best underground jazz players of the 70s! Carter Jefferson cut his chops with Art Blakey in the years after Blakey had Billy Harper in the group – and seemed to follow Harper into some of the same highly spiritual, soulful territory at the time! Jefferson's a ... CD

Jazz Poet
Timeless/Jazz Heritage, 1989. Used
CD...$7.99
A great title for this one – given the extremely poetic sound of Tommy Flanagan on the piano! For years, Tommy's had a great talent for being as bopper, yet as sensitive as a mellower, more lyrical player too – a brilliant combination that shows up instantly in the first few notes of ... CD

Consecration 1 – The Last
Timeless (Holland), 1980. Used
CD...$11.99
Fantastic work from piano legend Bill Evans – recorded at the Keystone club in San Francisco just a week before his too-early death – and a batch of material that shows us that Bill still had plenty to offer the world! This isn't the work of a musician on his last legs – and ... CD

Jazz Poet
Timeless (Netherlands), 1989. Used
CD...$7.99
A great title for this one – given the extremely poetic sound of Tommy Flanagan on the piano! For years, Tommy's had a great talent for being as bopper, yet as sensitive as a mellower, more lyrical player too – a brilliant combination that shows up instantly in the first few notes of ... CD

Eastern Rebellion 1
Timeless (Netherlands), 1975. Used
CD...$9.99
A seminal work in the development of the career of Cedar Walton – the formation of his excellent Eastern Rebellion ensemble, a group that became a platform for soul jazz expression for the next two decades! The group on this set features George Coleman on tenor, Sam Jones on bass, and Billy ... CD

Beyond The Blue Bird
Timeless (Holland), 1990. Used
CD...$14.99 (CD...$16.99)
Really special magic from pianist Tommy Flanagan – exactly the of record that shows why his approach to the piano can be so great – this wonderful balance of fuller rhythms and lighter lyrical moments – given some equal spin here by guitarist Kenny Burrell, whose work in the ... CD

Cultural Diversity
Timeless (Netherlands), 1991. Used
CD...$9.99
Great vibes from Steve Hobbs – a player who doesn't always get as much due as some of his vibraphone contemporaries, but who always does a great job of delivering rock-solid records like this! Hobbs has this upbeat flow in his instrument – a way of never showing off too much, but ... CD

Latin Side Of Vince Guaraldi (CDr on demand pressing)
Fantasy/OJC, Early 60s. Used
CD...$7.99
A wonderfully sweet little album from pianist Vince Guaraldi – a lively dancer that has all the charm of his best soundtrack work, but which also inflects that tone with some really great Latin touches as well! Guaraldi's piano is incredibly lyrical – dancing with a sense of lightness ... CD