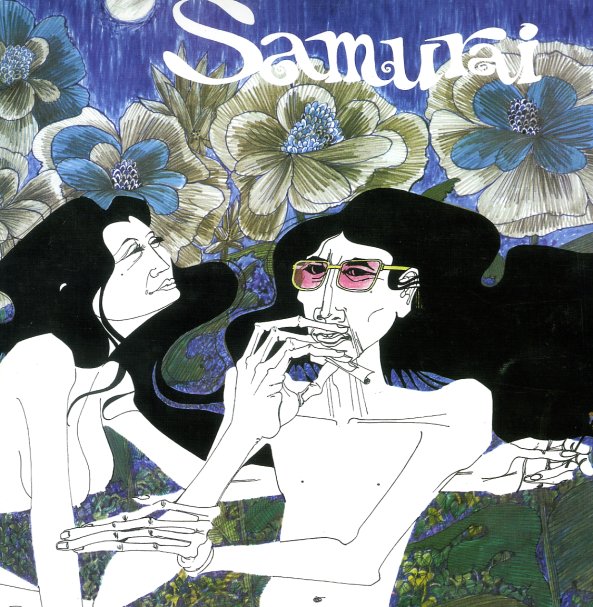 A fantastic debut album from Samurai – one of those lost prog classics from the start of the 70s that still sounds years ahead of its time! The group features Dave Lawson on keyboards and vocals – and represents an amazing (and short) evolution of the sound of his music from his time in the groups Episode Six and Web – a richly visionary vibe that uses jazz elements in ways that are a lot stronger than some of the group's contemporaries – nice bits of vibes, flutes, and tenor – on tunes that move between mellow jams and some more forward-moving numbers – none of which lose the jazzy touches that make the whole thing so great! Titles include "Saving It Up For So Long", "More Rain", "Maudie James", "Holy Padlock", "Give A Little Love", "Face In The Mirror" and "As I Dried The Tears Away".  © 1996-2022, Dusty Groove, Inc.