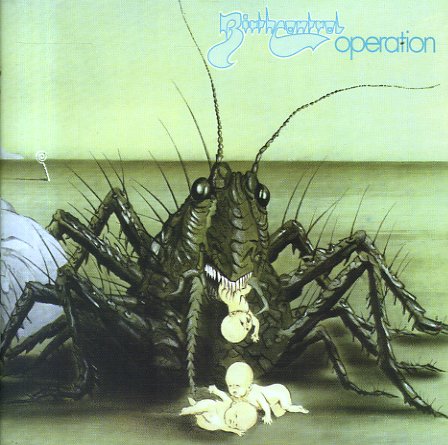 An obscure set from the glory days of the Krautrock scene, but a set that's maybe a lot more hard rock than some of its more proggy German contemporaries! The songs are still nice and long, but they've also got a lot more focus too – topped with English lyrics, sewn tight with searing guitars, and driven strongly on most numbers by some really tremendous bass and drums – all at a level that matches some of the bigger British groups experimenting in this sort of territory at the time, but without every fully getting its due, as it was trapped on the other side of the Channel with smaller release – different than if it had gotten more global exposure on a label like Vertigo, which would have also been a good fit. Titles include "Pandemonium", "Flesh & Blood", "Stop Little Lady", "Just Before The Sun Will Rise", and "Let Us Do It Now".  © 1996-2022, Dusty Groove, Inc.