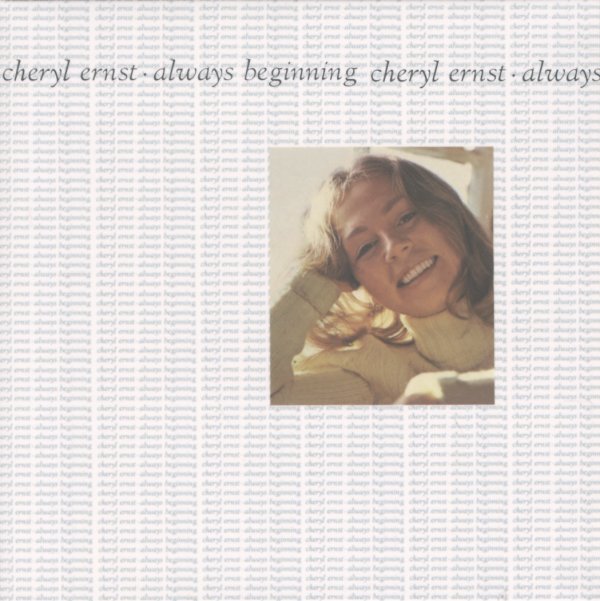 Cheryl Ernst may not be one of the biggest names in 70s music, but she gets some top-shelf here from Bones Howe in the studio – who mixes her sweet vocals and guitar with some really sublime larger backings! The blend is wonderful – as Cheryl's post-folk approach might sound a bit too sweet in a solo setting, but really draws a nice sense of power from the larger charts put together by arranger Bob Alcivar – given some great work from players who include Art Lande on electric piano and Dennis Budimir on guitar, both musicians whose jazzy phrasings really underscore the more sophisticated elements in the songs by Ernst. Titles include "Fantasia Suite/Long & Sleepless Nights", "Time & The City", "Come To The Harvest", "Love Moan", "In A Quiet Way", "No One's Going To Change You", and "Always Beginning".  © 1996-2022, Dusty Groove, Inc.