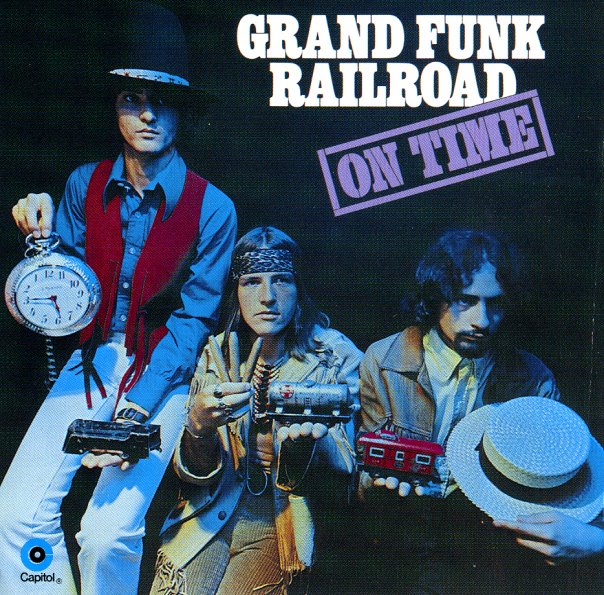 The mighty debut of Grand Funk Railroad – a set that has them bursting out of the box as one of the hardest-hitting power trios on the American scene! Like contemporaries ZZ Top or James Gang, these guys have clearly been influenced by the best electric blues of the previous decade or two – but are already turning that inspiration into some harder rocking modes – really prefacing all the guitar hero groups to come along in the next few years! Mark Farner's work on the guitar is fantastic, and he also adds in a bit of harmonica too – but the whole thing is definitely a group effort – thanks to heavy bass from Mel Schacher and pounding drums from Don Brewer! Titles include "Anybody's Answer", "Time Machine", "Into The Sun", "Heartbreaker", "Call Yourself A Man", "Ups & Downs", "TNUC", and "High On A Horse".  © 1996-2022, Dusty Groove, Inc.
(Limited edition heavyweight pressing!)