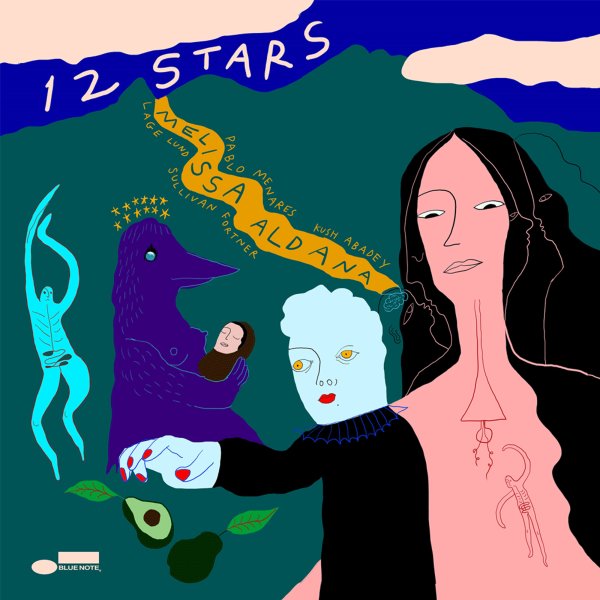 Also available
Melissa Aldana — 12 Stars ... LP 18.99
Tenorist Melissa Aldana is no newcomer to jazz, but this Blue Note debut really seems to open up a special sort of sound in her music – a mode that's both deeper and more sensitive, and filled with a really rich sense of color and tone! A key musical partner on the date is guitarist Lage Lund – whose sense of sound really balances the bolder notes from Aldana – as does his fluid sense of rhythm, which is accentuated by the bass of Pablo Menares and drums of Kush Abadey. Sullivan Fortner handles the keys – both acoustic piano and Fender Rhodes – and punctuates the proceedings in all the right ways, almost providing these footholds as Melissa soars on tenor. Titles include "Emilia", "The Bluest Eye", "The Fool", "Lost Ojos De Chile", "Intuition", and "Falling".  © 1996-2022, Dusty Groove, Inc.