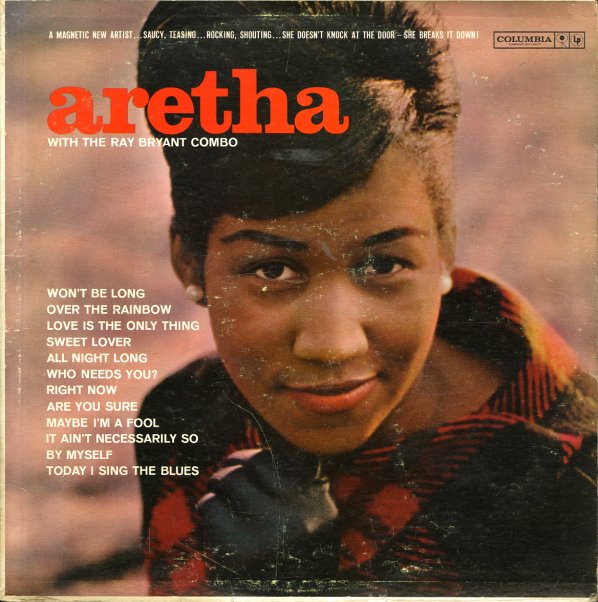 A great early album from the young Aretha Franklin – a set that shows a very different trajectory in her sound, but a great one too! There's less of the deep soul of Franklin's Atlantic recordings, but that's more than compensated for a great jazzy vibe – served up courtesy of the piano of Ray Bryant, whose group here really makes the album cook! And it's not just Ray on piano – the set also features Al Sears on tenor and Quentin Jackson on trombone – and Bryant steps aside to let Aretha play some piano too. Tracks include "Won't Be Long", "Love is The Only Thing", "Sweet Lover", "All Night Long", "Who Needs You", "Today I Sing The Blues", and "Maybe I'm A Fool".  © 1996-2022, Dusty Groove, Inc.
(Limited edition pressing – on heavyweight transparent red vinyl!)