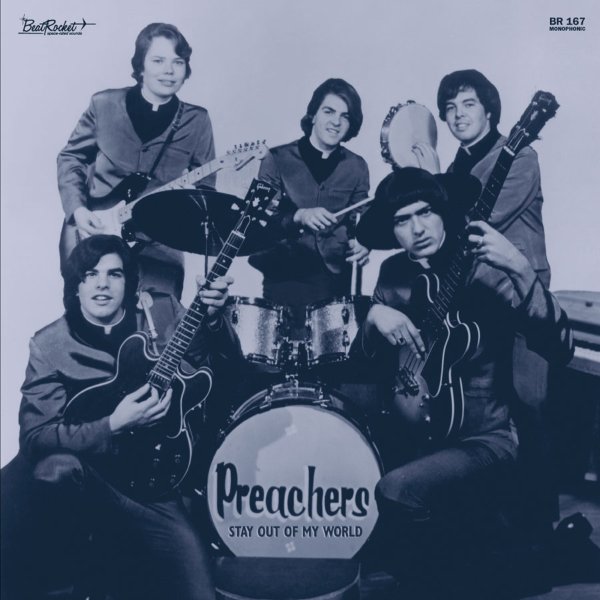 Stay Out Of My World (white vinyl pressing)

Also available
Preachers — Stay Out Of My World (with bonus tracks) ... CD 15.99
The Preachers may be wearing priest-style collars on the cover, but the group have a sinister sound that's quite far from anything you'll hear in church – a sinister South Cali blend of guitar, organ, and just a bit of fuzz – very much like some of the best styles coming out of the Sunset Strip scene at the time! In truth, these guys hail from a bit farther north, up in the San Fernando Valley – but they've got a rock-solid quality here to match some of the best indie legends of the LA scene of the time – territory that the group almost hit with a handful of releases on the Moonglow and Pep Records labels. Those rare singles are combined here with five unissued tracks – all to make a much-needed full length look at a group who fell apart just as they were coming together – on titles that include "The Zeke", "Stay Out Of My World", "Just Don't Complain", "Chicken Papa", "Pain & Sorrow", "Hey Joe", "Who Do You Love", "Moanin", and "Quit Talkin Bout Him".  © 1996-2022, Dusty Groove, Inc.