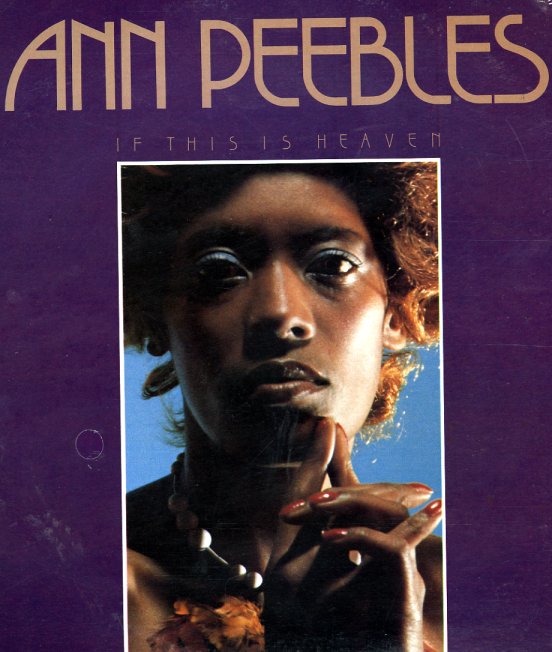 If This Is Heaven

Classic Hi material from Ann Peebles! If This Is Heaven is a few years later than the much loved early 70s material, but she's still working in a killer groove – and with sweet. warm arrangements from Willie Mitchell. Ann's voice is teeming with emotion and strength, and track here highlight that vibe, but she and producer/arranger Mitchell bring in a few more dancefloor ready soul numbers, too. Titles include "You Gonna Make Me Cry", "When I'm In Your Arms", "If This Is Heaven", "I'm So Thankful","Games" and "Boy I Gotta Have You".  © 1996-2021, Dusty Groove, Inc.
(Shrinkwrap is lightly shopworn, with some sticker spots on front.)

Full Of Fire
Hi Records, 1976. Very Good
LP...$4.99
Hi Records perfection from the mighty Al Green – slightly later than some of his key early hits, but a record that shows Green still taking fire on all burners! Production is by the team of Al and Willie Mitchell – in a mode that's slightly fuller and more updated than before, but ... LP, Vinyl record album