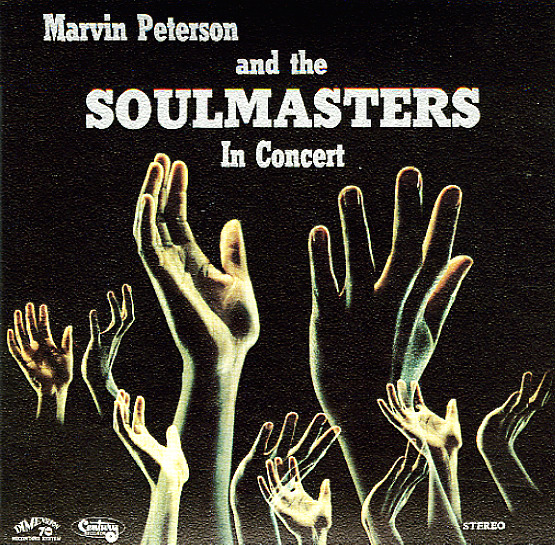 Also available
Marvin Peterson & The Soulmasters — Marvin Peterson & The Soulmasters In Concert (Japanese pressing) ... LP 34.99
Tremendous early work from trumpeter Hannibal Marvin Peterson – an artist you might know from his long-spun spiritual jazz work of the 70s – but who sounds nicely different here on a rare early set from the 60s! The record was done when Marvin was part of the ultra-hip jazz program at North Texas State University – which you may know from their own label and albums – and the vibe here is more soul and funk than Peterson of a few years later – served up with a very cool combo that features organ, bass, and drums chugging out a mighty sweet groove – while Marvin solos over the top on trumpet, alongside Mike Campbell on alto, Cleveland Gay on trombone, and Tim Peterson on saxes and flute. There's definitely a few deeper currents here, but mixed with soul-inspired material as well – which even sees a bit of vocals from Marvin too. Titles include "Our Groove", "I Can't Stand It", "Groove For Otis", "Five Foot Even", and "Conversation".  © 1996-2022, Dusty Groove, Inc.