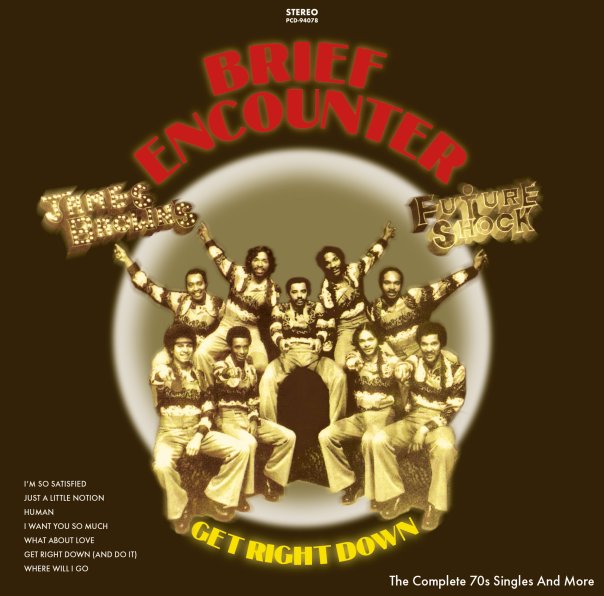 If you don't know the music of Brief Encounter, prepare for a revelation – as the group were relatively obscure, even back in their prime – but managed to cut some of the hippest soul records that were ever issued on the Carolina scene! Brief Encounter aren't southern soul or combo funk – although they can handle the best elements of both modes – and instead, they've got this wonderfully wide-ranging sound that allows them to embrace so many rich styles at once – equally great on a ballad as on a groover, and as vocally sensitive as they are musically intense. The group only issued one full album back in the day – reissued successfully over the years – but this package brings together all their rare singles, including one from the early Sounds Of Soul incarnation of the group. Titles include "Where Will I Go", "Get A Good Feeling", "In A Very Special Way", "Human", "Total Satisfaction", "I'm So In Love With You", "We're Going To Make It", "I Want You So Much", "I'm Crazy About You", and "What About Love". This fantastic Japanese version features 16 tracks in all – titles from their singles for Seventy Seven, Capitol, Sound Plus, and Sonic – with additional titles that include "I'm So Satisfied", "Just A Little Notion", "Shake & Move", ""Get Right Down", "Don't Let Them Tell You", and the related cut "Always" by The Howard Sisters & Co.  © 1996-2022, Dusty Groove, Inc.