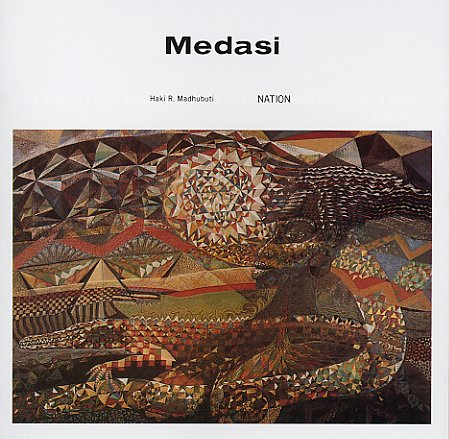 Also available
Haki R Madhubuti/Afrikan Liberation Arts Ensemble — Medasi ... LP 29.99
The second of two spiritual classics from Haki R. Madhubuti – issued nearly a decade after the first, but still very much in a positive and righteous 70s vein! Haki's again working with arranger Agyei Akoto, a saxophonist we only know from these albums, but an extremely visionary musician with a real flair for crafting a Strata East-styled groove! Unlike the first album, this one has spoken passages much more deeply integrated into the songs – so that the longer tracks soar along with a wonderfully spiritual vibe, effortlessly mixing together Madhubuti's teachings with some nicely grooving backings that include piano from a young Geri Allen, plus some occasional vocals from singer Kehembe! The whole thing's excellent, and tracks include "First World", "Children", "Understand", and "Rain Forest".  © 1996-2023, Dusty Groove, Inc.