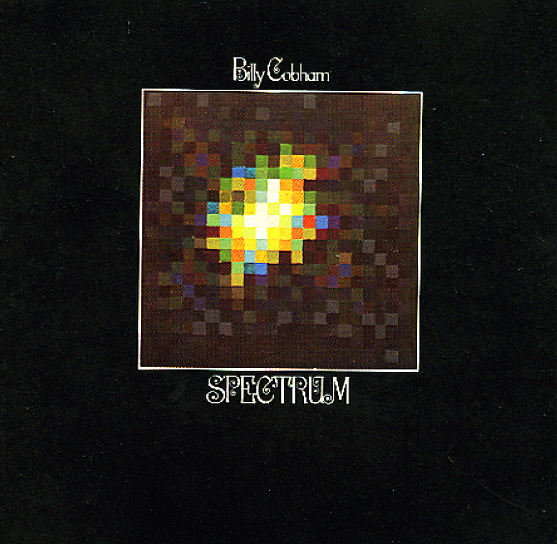 Also available
Billy Cobham — Spectrum ... CD 4.99
Billy Cobham — Spectrum (clear vinyl pressing) ... LP 21.99
A monstrous bit of jazzy fusion from the 70s – and the record that really put drummer Billy Cobham on the map – virtually creating his own sort of space between jazz, funk, and prog – thanks to the help of an all star lineup too! Cobham is tremendous on drums – and is joined on most of the record by guitarist Tommy Bolin and keyboardist Jan Hammer – both at the height of their early powers – and a few other tracks feature a slightly different lineup, with great work from saxophonist Joe Farrell and trumpeter Jimmy Owens! The drummer is definitely in the space of the territory he would explore with George Duke – but is also maybe looser and more open to new sounds too – really stepping out on cuts that include the slow mellow funk number "Red Baron", which has great breaks and nice electric piano – plus "Stratus", "Taurian Matador", "To The Women In My Life", and "Quadrant 4".  © 1996-2023, Dusty Groove, Inc.

Spectrum (clear vinyl pressing)
Atlantic, Mid 70s. New Copy Gatefold (reissue)
LP...$21.99 22.99 (CD...$4.99)
A monstrous bit of jazzy fusion from the 70s – and the record that really put drummer Billy Cobham on the map – virtually creating his own sort of space between jazz, funk, and prog – thanks to the help of an all star lineup too! Cobham is tremendous on drums – and is ... LP, Vinyl record album