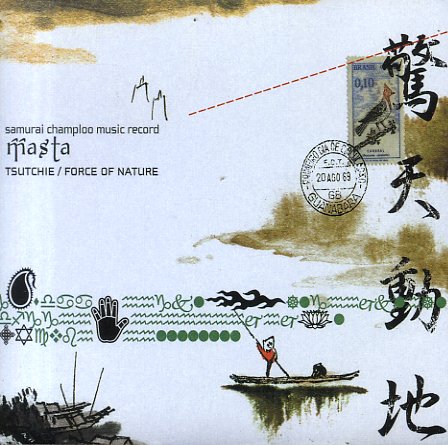 Heavy sounds from two key forces on the Japanese scene at the start of the century – both united here in a fantastic batch of instrumentals for Samurai Champloo! The work at times almost feels as if there's been a return Pacific journey of some of the elements that influenced the Wu-Tang back in the 90s – mixed with some of the warmer soulful currents of the Nujabes generation too – all delivered at a level that's very much a high cut above instrumental hip hop, and use of these styles in a soundtrack! Titles include "Mist", "Vagrancy", "Raw Material", "Dry", "Tubed", "I Sighed", "Sincerely", "New Dimension", "Sneak Chamber", and "Silver Children".  © 1996-2022, Dusty Groove, Inc.