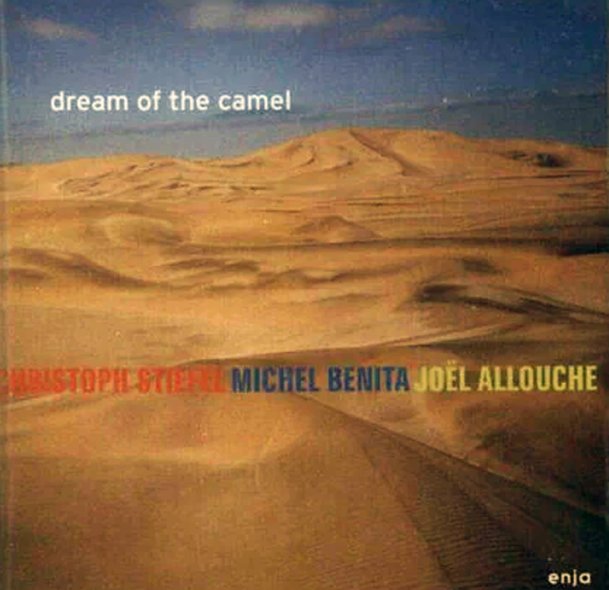 Dream Of The Camel

We've not heard much from pianist Christoph Stiefel, but this is a set that will definitely have us seeking out more – as Stiefel's got this really mature, fully-formed approach to his music – one that takes the trio setting of the record far past any familiar expectations, thanks to some really well-written originals, and a great sense of balance between the piano, bass, and drums. The other two instruments are handled by Michel Benita and Joel Allouche, respectively – and Stiefel allows them plenty of roles in the overall sound far past traditional timekeeping – which also seems to open up his own sense of timing and expression. Titles include "Dream Of The Camel", "Satori", "Essence", "Song For Monalisa", "Freedom Jazz Dance", "Following", and "Unspoken Words".  © 1996-2022, Dusty Groove, Inc.
(Part of the "Enja – Real Jazz Classics" series – includes obi!)