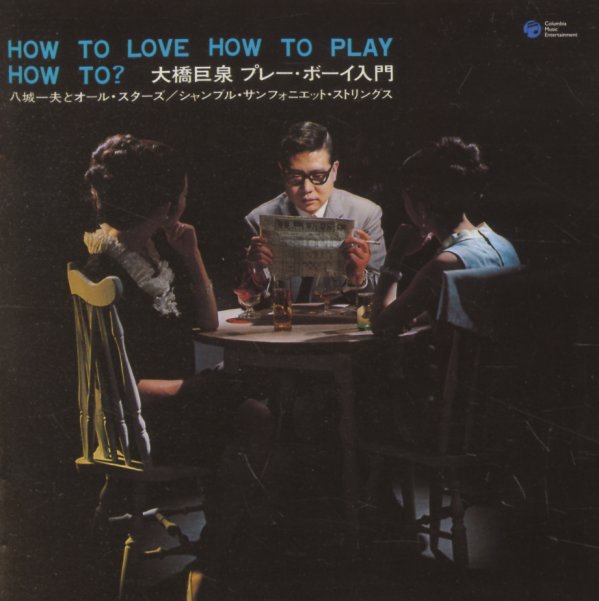 Advice on life, love, and all things important – a series of readings by 60s Japanese celebrity Kazuo Yagi that will set your life straight – used as bridges to link together a set of swinging jazz music bits, some of which continue with speaking, others which groove on instrumentally. The record starts with Yagi speaking a bit of lyric from "Strangers In The Night" – but after that, the whole set's in Japanese. But if you don't understand Japanese, look at it this way: you're probably sick of having all of your English-speaking friends give you advice already, so wouldn't it be better to hear it from someone you don't understand? And the music is pretty darn great too – a cool mix of Japanese jazz styles from a time when the nation's scene was really taking off – all linked with a message of middle class seduction and consumerism!  © 1996-2022, Dusty Groove, Inc.
(From the Nippon Jazz Spirits series – includes obi!)

Enraku No Playboy Kouza – The Playboy Manual (Japanese paper sleeve edition)
Takt/Ultra Vybe (Japan), 1969. Used Gatefold
CD...$29.99
The album's got a sexy little cover – but that's no surprise, considering that the record's a late 60s "Playboy Manual" from Japan! The format is quite weird – as each track begins with some Japanese spoken bits from Norio Maeda, possibly on the art of seduction – and ... CD