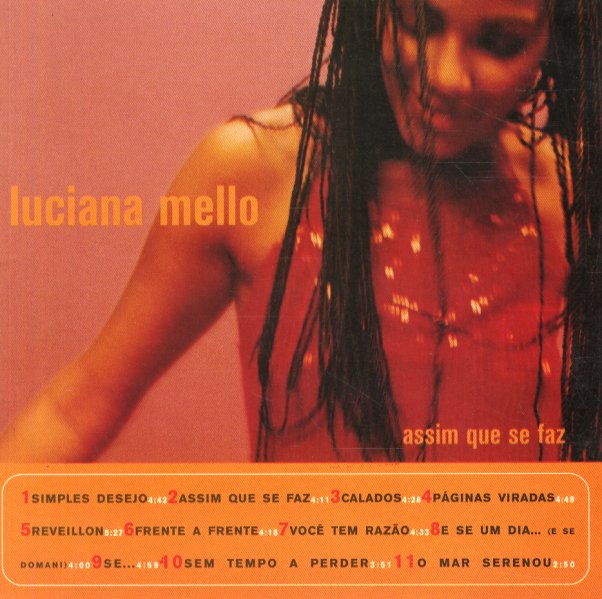 Escape
Far Out (UK), 2001. Used
CD...$9.99
Fantastic new work from Marcos Valle – his best in years! The record has Marcos working in a sweet jazzy mode, with perhaps a bit less of the mania of earlier recordings, but no less soul. His voice has a wonderful quality on this one, slightly raspy, showing a bit of the hardship Marcos ... CD

A Arte De Elis Regina
Universal (Brazil), Late 60s/1970s. Used
CD...$8.99
Unfortunately, most of the classic albums by this great Brazilian singer languished out of print for far too long – but whether you've finally picked those up or not, this extensive "best of" is a wonderful listen! The style's a mix of jazzy and bossa material with some of her ... CD

Continuous Friendship
Adventure Music, 2008. Used
CD...$4.99
A session that warmly tracks the continuous friendship of pianist Andre Mehmari and mandolin player Hamilton De Holanda – both players who come together here with a strong sense of sound – a mixture of jazz, Brazilian, and solo acoustic modes that sit together nicely in the set! There's ... CD