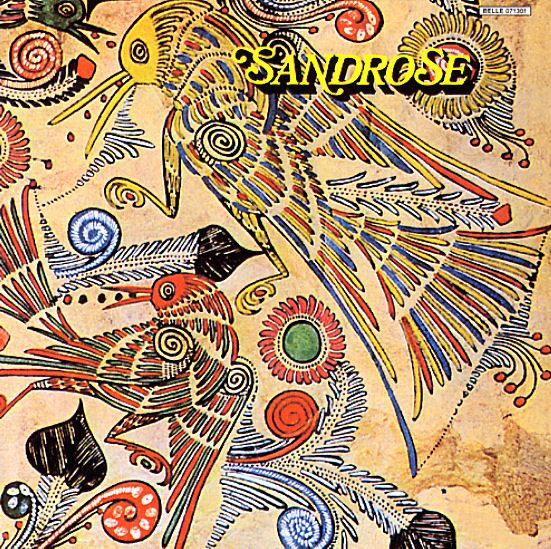 Dynamic jazz rock from the French scene of the 70s – combo with a strong penchant for stretching out strongly on organ and guitar – but one that also has a few more sensitive, folksy moments as well! The tracks shift nicely between longer numbers and shorter ones – the shorter tracks usually a bit more up-close and personal, with gentle vocals from Rose Podwojny – and the longer numbers usually hit more of a progressive feel, with some especially nice mellotron work at a few points. Titles include "Vision", "Never Good At Sayin Goodbye", "Underground Session", "Old Dom Is Dead", "To Take Him Away", and "Metakara".  © 1996-2022, Dusty Groove, Inc.
(Still sealed.)

Layla
Polydor, 1970. Used
CD...$4.99
One of Eric Clapton's greatest moments – and a set that also features guitars from Duane Allman and organ from Bobby Whitlock! Recorded in Miami at Criteria Studios – and titles include "Layla", "It's Too Late", "Little Wing", "Have You Ever Loved A ... CD

Turning Point
Polydor, 1969. Used
CD...$4.99
An album that definitely lives up to its title – as the set is definitely a turning point in the career of John Mayall, and the debut of brand new lineup that helped move his music past a the straighter sound of American blues! There's still plenty of blues at the core – and great ... CD

Exile On Main Street (Japanese SACD pressing)
Rolling Stones/Polydor (Japan), 1972. Used Gatefold
CD...$49.99 (CD...$9.99, LP...$36.99)
The Rolling Stones at their rawest, most shambling, sleazy and brilliant – the epic, unimpeachable Exile On Main Street! What can we say about one of the most iconic LPs of all time other than chime in with our agreement that it's one of the greatest rock albums ever! Big choruses come and ... CD