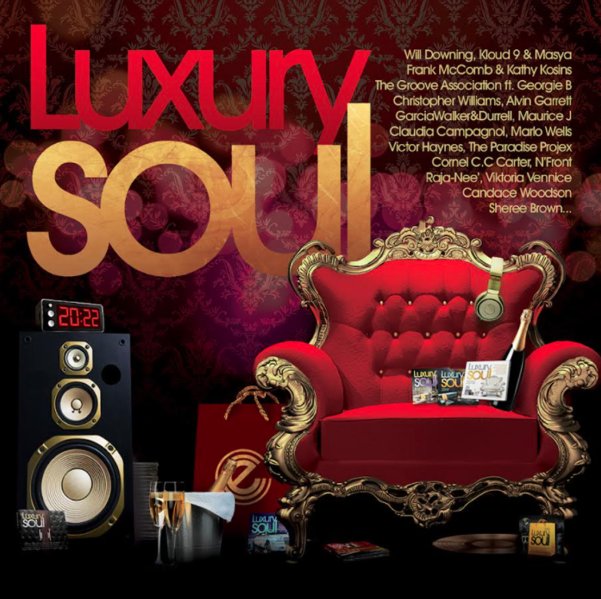 Plenty of luxury, and plenty of soul – as you'll be living like a king with this well-priced set – a massive batch of music in one 3CD collection, and a heck of a lot more enjoyable than trawling the internet for underground soul songs you might have missed! This long-running series always serves up the best in contemporary soul – and has a way of bringing together tracks from a variety of global sources, in a way that reminds us that if you know where to look, you'll find that the spirit of well-crafted soul music is alive and well in the 21st Century! And given that some of the artists here exist in a world that's often digital-only, the CD collection makes things even more essential than before – as there's a number of tracks here that make their first-ever appearance in a physical format. Titles include "For This Love" by The Paradise Projex, "Be The Change (Michele Chiavarini rmx)" by Jarrod Lawson, "Get Down Saturday Night" by Full Flava with Chantay Savage, "Sorry Bout Bein A Ghost (Ghosted rmx)" by Sherree Brown, "In The Thick Of It" by Ernie & The Family McKone with Valerie Etienne, "No Matter How Far" by Maurice J, "Love In A Groove" by Raja Nee, "Loving You The Best That I Can" by Marlo Wells, "U & Eye" by Marshella Musik, "There's No One Like You" by Point Of Vu, "Time" by Deborah Bond, "Gimme Tonight" by Down To Earth, "90s Love (Realm rmx)" by Jane Handcock, "Lightness Of Love" by Alvin Garrett with Kim Scott, "Fine As Gold (T-Groove rmx)" by Christopher Williams, "I Gotta Pinch Myself" by Frank McComb & Kathy Kosins, and "A Little Love" by Julian Jonah with Lucita Jules.  © 1996-2023, Dusty Groove, Inc.