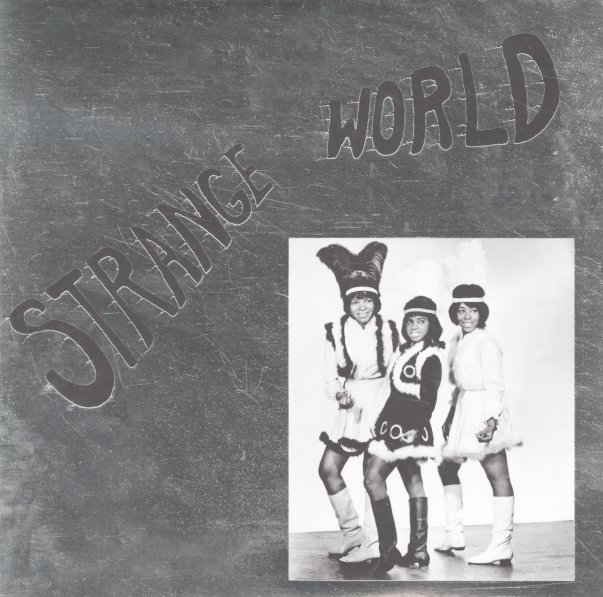 Maybe one of the most stunning collections we've ever seen from Mississippi Records – a companion to their Cairo label of soul reissue sets, but with a special focus on vocal group material! The package alone is incredible – a hefty 2LP set, with this amazing 42 page booklet of 12" x 12" notes in the middle – full of deep details on all the music, and overflowing with photos of giants like Sun Ra, Lee Perry, and many others! Yet the music is even better – tracks that go way beyond standard doo wop that you might hear from the oldies scene – and instead really groundbreaking vocal work that begins in the 50s, and moves into some soul and rocksteady modes in the 60s! Titles include "Oh Blues" by The Prehistorics, "So Blue" by The Vibrations, "The Storm" by The Vitones, "Sweet Breeze" by Vernon Green & The Phantoms, "Vibrations Of Man" by Sun Ra, "Chubby" by Bunny & Skitter, "I'm So Glad You Love Me" by Juanita Rodgers, "Never Reach Perfection" by Chris Kenner, "My Love" by Jessie Hill, "Wages Of Love" by The Wailers, "Magic" by The Ideals, "Strange Is Love" by The Marquis, "Feel Alright" by The Silvertones, "Dreaming" by The Cosmic Rays, and "You Made Me Warm" by The Sharks.  © 1996-2022, Dusty Groove, Inc.
(Includes 42 pages of full color 12" X 12" liner notes bound in a gatefold LP.)

Experience & Judgment (180 gram pressing)
Atlantic/Speakers Corner (Germany), 1974. New Copy (reissue)
LP...$39.99 44.99
An incredibly righteous record from the legendary Andy Bey – an artist who's risen back to fame in recent years as a relatively straight jazz singer – but who was in some very heady territory here in the early 70s! Bey first rose to fame as part of the vocal trio, Andy & The Bey ... LP, Vinyl record album