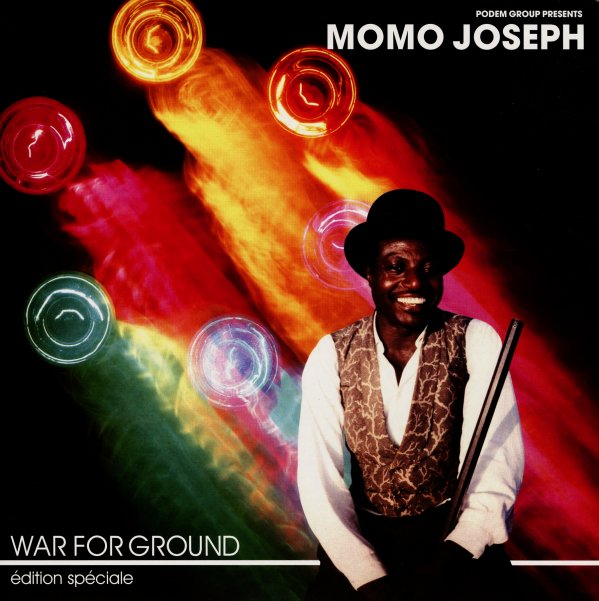 Afro club with a very international vibe – no surprise, given that Momo Joseph was raised in Cameroon, but spent most of the 70s living in Paris – where he quickly assimilated a range of soul and funk styles to the music of his roots! The result is work with a nice sort of polish, but a sound that's never too slick – complicated core rhythms given a focus by tighter funk instrumentation over the top – while Joseph soars along on his vocals! Titles include "Oh Momo", "Cameroun Airline", "Love Africa Soul", "War For Ground", "Africain", and "Out Side No Fine".  © 1996-2022, Dusty Groove, Inc.