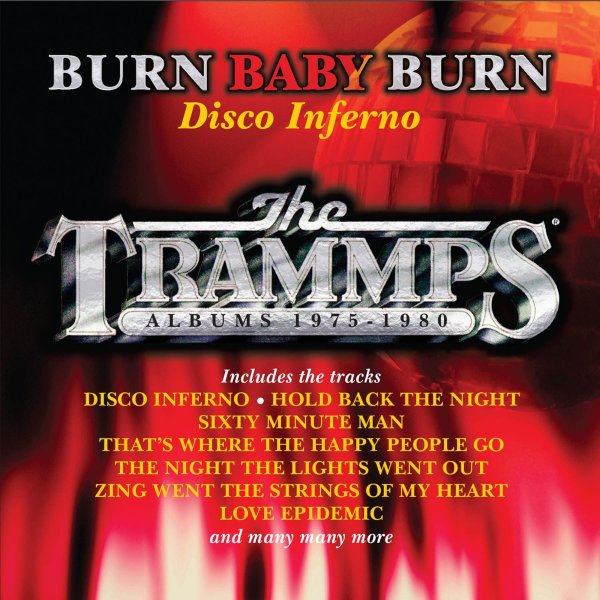 The set's titled after a massive 70s hit from this groundbreaking group – but it also really shows the full range of expression that the Trammps unleased in the 70s – the kind of top-quality work that made them one of the key acts to go from the soul music underground to the top of the charts in the disco generation! Unlike some of their contemporaries, The Trammps had a longer legacy in soul music – and come from that moment on the east coast scene where groups were picking up the pace slightly, and bringing older soul modes to the dancefloor – a move that the group does so well with well-crafted instrumentation, tight vocals, and a great ear for a song! That means that the Trammps are a soul group first, and a disco group second – with a rich legacy of music that's finally presented here in one great package – a huge 8CD set that brings together all their albums from the late 70s, plus bonus tracks – along with notes on the group as well. The set features the full albums Trammps, Legendary Zing Album, Where The Happy People Go, Disco Inferno, Trammps III, Whole World's Dancing, Mixin It Up, and Slipping Out – plus bonus tracks from singles as well.  © 1996-2022, Dusty Groove, Inc.

LaBelle
Warner/Wounded Bird, 1971. New Copy
CD...$10.99 12.98
A real breakthrough in female soul for the 70s – the initial album from Labelle – a set that's very different material than the group were doing on their girl group singles in the 60s! The trio here is legendary – Patti Labelle, Nona Hendryx, and Sarah Dash – three ... CD

Moon Shadow
Warner/Wounded Bird, 1972. New Copy
CD...$10.99 12.98
One of the greatest albums ever by Labelle – known especially for the massive funky title cut, which has been an in-demand groover for years! "Moonshadow" begins with a nice funky piano intro, then rolls into a 10 minute groove that's really tasty – filled with lots of jazzy ... CD