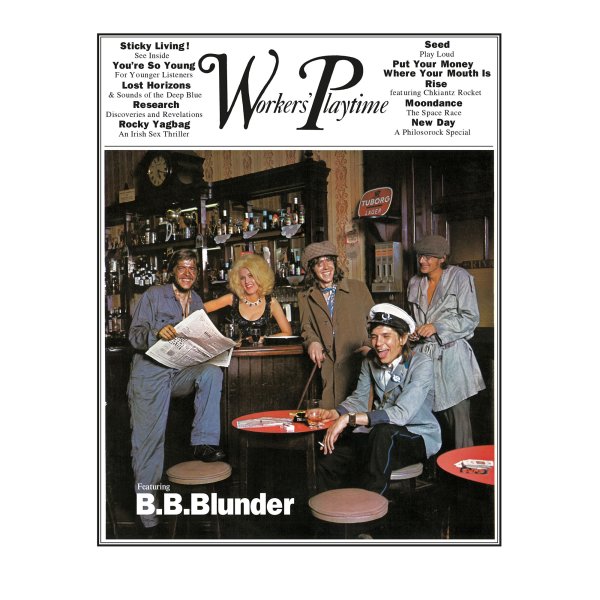 A really surprising step forward for two members of the legendary group Blossom Toes – guitarist Brian Godding and bassist Brian Belshaw – both musicians who were already blowing the scene away in their previous group, but who here expand their sound with a whole range of influences they'd just picked up! One of those is the voice of Julie Driscoll, who sings on a few tracks here with Godding – and another is some jazz elements they'd absorbed in the Centipede group of Keith Tippett – carried off here by guest work from Mark Charig on trumpet, Nick Evans on trombone, and even some piano from Brian Auger! Yet it's clear that Belshaw and Godding are having more than enough fun experimenting on their own with drummer Kevin Westlake – and there's an open, creative style to the record that really keeps things interesting throughout – and moves past the guitar-based modes that were the Blossom Toes stock in trade. Titles include "Rocky Yagbag", "Seed", "Moondance", "Rise", "Lost Horizons", "You're So Young", "Sticky Living", and "New Day". 2CD version features loads of bonus tracks and rare material – including "Square Dance", "Snippet With Tippett", "Come On Eyes", "Black Crow's Nest", "Freedom", "When I was In The Country", "Backstreet", "Waltz", "Earache", and "Hard Day's Night" – plus BBC live recordings of "Sticky Living" and "Go Have Yourself A Good Time".  © 1996-2023, Dusty Groove, Inc.