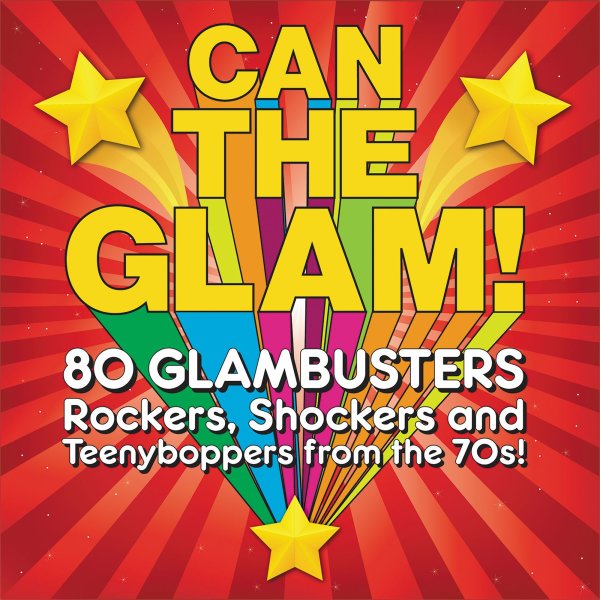 A really wonderful collection of work from the short-lived by crucial moment of glam rock on the UK scene – a moment that's maybe most famously remembered for work by David Bowie and Marc Bolan, but which had a much wider-ranging quality than you might expect! Glam was crucial in so many ways – a pre-punk moment for getting back to basics, letting the guitars get tuned up a bit more, and shifting shapes and styles with new identities – but it also opened the door to a fresh vision in pop music too – as fuzz and catchy rhythms worked perfectly with new modes of vocal production – allowing mainstream groups to sound a lot cooler than they might have a few years before! As always with these box sets from Cherry Red, the notes are as detailed as the track list is superb – and the huge package features 80 cuts from artists who include Bitch, Geordie, Daddy Maxfield, American Jam Band, Barry Blue, Alvin Stardust, Squeek, Pheon Bear, Shepperton Flames, Arrows, Slade, Stumpy, Big Boy Blue, Angel, The Damned, Ritz, The Glitter Band, Blackfoot Sue, Shabam, Fifth Form, Bilbo Baggins, Light Fantastic, Washington Flyers, Gumbo, Shorty, Fogg, Paper Lace, Andy Bown, and dozens of others!  © 1996-2022, Dusty Groove, Inc.

Dawn Albums Collection (Mungo Jerry/Electronically Tested/You Don't Have To Be In The Army/Boot Power/Long Legged Woman/bonus tracks) (5CD set)
Dawn/7T's (UK), Early 70s. New Copy 5CD
CD...$19.99 40.99
The complete early works of Mungo Jerry – one of the most unique groups on the British scene in the early 70s! Mungo Jerry have a style that's strongly influenced by American roots – blues, folk, hillbilly, jug, and string band sounds – of the sort that you'd hear reworked in ... CD