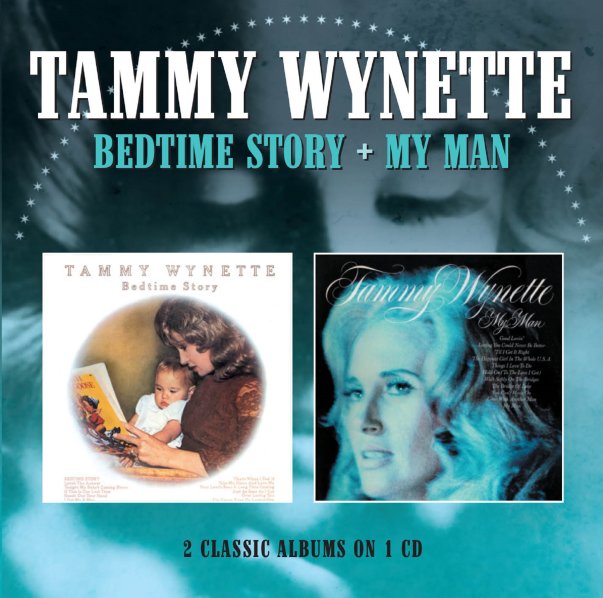 A pair of early 70s gems from Tammy Wynette – back to back on a single CD! First up is Bedtime Story – a fantastic 70s album from Tammy Wynette – a set that's got all that pointed, biting take on human relationships that first rose her star in the 60s – but which is also tempered by this maturing style that really brings a lot of depth to the record too! It's clear that Tammy's no stranger to love and loss – and these themes come through perfectly here with help from producer Billy Sherrill – who's really at the top of his game at this point, making the kind of all-adult country records that made this moment so unique – before later 70s work might slip into adult contemporary cliches in the music. Titles include "Take Me Home & Love Me", "if This Is Our Last Time", "I'm Gonna Keep On Loving Him", "Just As Soon As I Get Over Loving You", "That's When I Feel It", and "Bedtime Story". My Man is a wonderfully mature set from the great Tammy Wynette – and a record that almost seems like an answer to her big moment of the 60s! Tammy stood by her man, and asked countless others to do so too – but the songs here really show both the sacrifices and deeper understanding of the human condition that comes with such a posture – delivered with some bluer tones than before, almost having Wynette move into the same world-wise territory that George Jones was hitting at the time. Tammy's got great production here from Billy Sherrill – the man who was helping transform Jones' career – and titles include "You Can't Hang On", "Loving You Could Never Be Better", "Hold On", "Gone With Another Man", "The Bridge Of Love", "Til I Get It Right", and "My Man".  © 1996-2022, Dusty Groove, Inc.