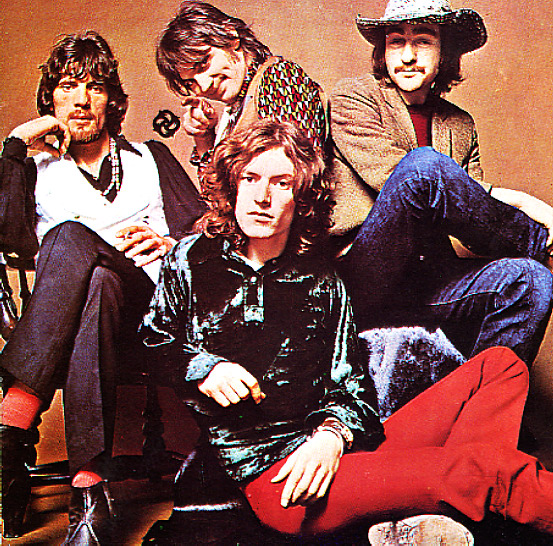 The second album from Traffic, and a set that forever cemented their legacy in the annals of modern music – a set that has Dave Mason returning to the group after a brief hiatus, and maybe helping the quartet find a tighter, rootsier sound overall! The approach here is nicely mixed – almost half Dave Mason moments, and half from the energy of Jim Capaldi and Steve Winwood – held together wonderfully by the reed work of Chris Wood! There's a few key classics here, and lots more overlooked gems – and titles include "You Can All Join In", "Forty Thousand Headmen", "Pearly Queen", "Who Know What Tomorrow May Bring", and "Feelin' Alright".  © 1996-2022, Dusty Groove, Inc.
(Out of print, includes obi.)

John Barleycorn Must Die (Japanese pressing with bonus tracks)
Island/Universal (Japan), 1970. Used
CD...$19.99 24.99 (CD...$11.99)
Maybe our favorite album ever from Traffic – a set that has the group coming back together, after a fracture that took them in separate musical directions – reformed with a sound that's very different than before! The tracks are longer, and have more influences from both folk and jazz ... CD

John Barleycorn Must Die (Japanese paper sleeve edition – with bonus tracks)
Island/Universal (Japan), 1970. Used
CD...$11.99 19.99 (CD...$19.99)
Maybe our favorite album ever from Traffic – a set that has the group coming back together, after a fracture that took them in separate musical directions – reformed with a sound that's very different than before! The tracks are longer, and have more influences from both folk and jazz ... CD