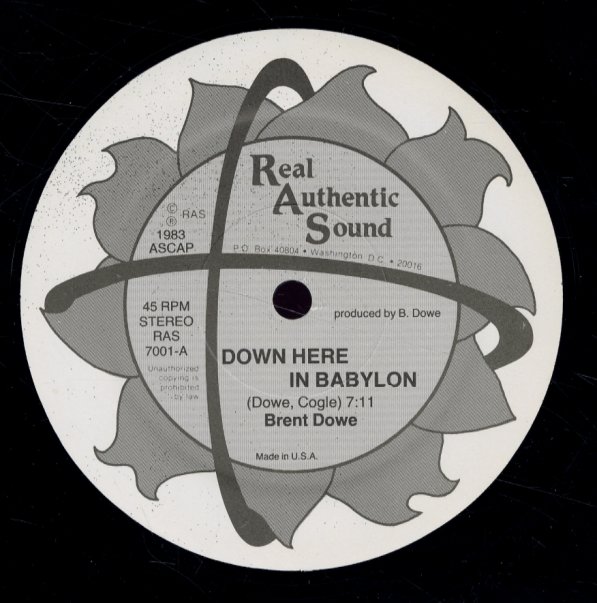 Down Here In Babylon/Fancy Dress

Like one of those forgotten numbers you might come across on the b-side of a Perry produced collection, this easy soulful groover from Brent Dowe shows the flip side of Perry's mad genius, with a mellow vibe that goes down like a cool beer on a sunny afternoon at the beach.  © 1996-2022, Dusty Groove, Inc.
(Early 80s issue.)