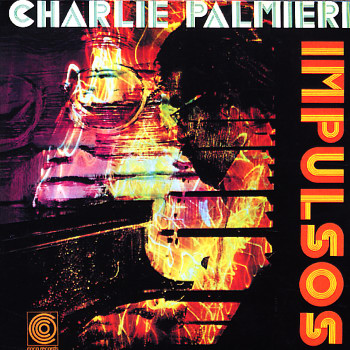 A fantastic 70s session from Charlie Palmieri – featuring some of his best keyboard solos of the decade, and some very cool work on organ that almost makes us think Sun Ra is in the group! The style is quite unusual, even for Charlie – with a weird sound from his organ that really gives the record an edge – played alongside straighter piano lines, heavy percussion, and lots of warm horn work overall. Charlie's organ really stands out best on the descarga cut "No Esta En Na" and the groovy midtempo "Estoy Friza'o" – but the whole thing's great, and other cuts include "Comelon Hustle", "King Charles", "Dame Tu Corazon", and "Sobando El Piano Merengue".  © 1996-2022, Dusty Groove, Inc.
(Out of print – with obi!)

Hey Sister (Vampi Soul pressing)
Vampi Soul (Spain), Late 60s. Used
CD...$44.99
Oooooo-weee – a monster album by one of our favorite talents of the Latin soul era! Monguito Santamaria had a really great way of putting the electric bass right up front in his tracks – kicking things up with a bouncing groove that's as sock-boogaloo as boogaloo can get, and which ... CD

Pachanga Cha Cha Cha – Anyone?
Mardi Gras, 1965. Used
CD...$26.99 (LP...$28.99)
Pachanga? Cha Cha Cha? We'll take it – especially with results this great! The groove here is different than the usual albums of the mode at the time – as most numbers have a brassy finish over the top, which changes the pachanga instrumentation to a bolder vibe with some nice use of ... CD