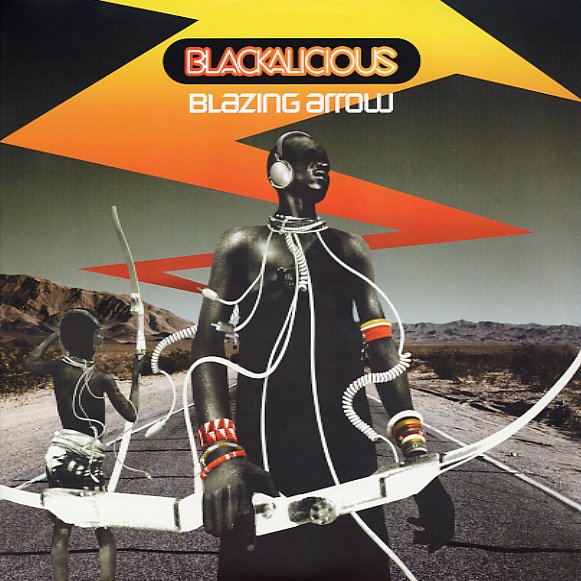 A huge moment for Blackalicious – a group who'd been gaining plenty of cred on the underground, and who reached out to a much bigger set of ears with this major label debut! The whole thing's top-shelf through and through – superb production from Chief Xcel next to the words from Gift of Gab and Chief Excel – alongside a host of guests including Quannum mainmasts Lyrics Born, Lateef, and Joyo – as well as Dilated People's Raka and Babu, Jurassic 5's Cut Chemist and Chali 2na – and even work from Gil Scott-Heron and Ben Harper too! Clearly, someone had enough faith in the group to give them the money to realize their dream – and that faith definitely pays off here – on titles that include the classic single "Make You Feel That Way" – plus "Blazing Arrow", "4000 Miles", "Paragraph President", "First In Flight", "Purest Love", "Sky Is Falling", "It's Going Down", "Release (parts 1, 2, & 3)", and "Chemical Calisthenics".  © 1996-2022, Dusty Groove, Inc.
(20th Anniversary pressing – on heavyweight vinyl!)

Straight Up Sewaside (180 gram silver vinyl pressing)
East West/Music On Vinyl (Netherlands), 1993. New Copy (reissue)
LP...$34.99 38.99 (LP...$24.99)
A key part of the too-short legacy of this wonderful duo – part of the top shelf of hip hop up-and-comers in the early 90s – and one of the few who were able to balance a new level of toughness with the smart rhymes and subtle wit that came into the game at the start of the decade! ... LP, Vinyl record album

Hatred, Passions & Infidelity (180 gram pressing)
Mercury/Music On Vinyl (Netherlands), 1997. New Copy 2LP (reissue)
LP...$38.99 39.99
The crucial second album from Diamond – issued quite a few years after his debut, a stretch of time that really helped the MC/producer elevate to the level of hip hop royalty! Diamond was always very generous with his talents for others, but really knocks it out of the park when in the ... LP, Vinyl record album