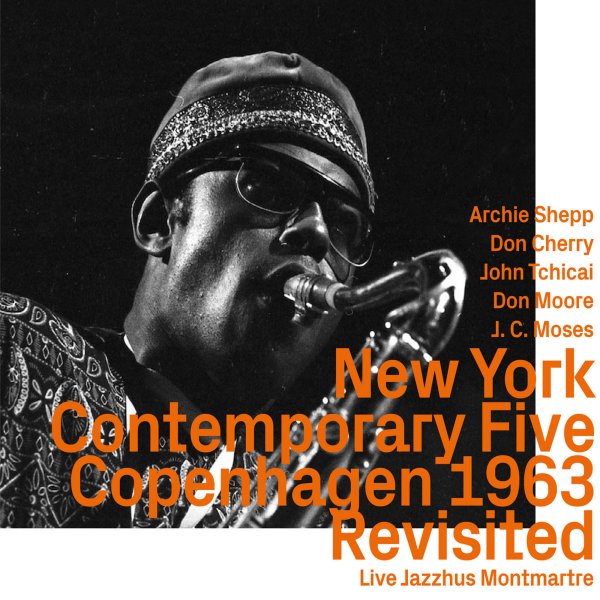 Incredible work from one of the greatest groups of the New York avant scene of the 60s – the legendary New York Contemporary Five, a combo that features Archie Shepp on tenor, John Tchicai on alto, Don Cherry on cornet, Don Moore on bass, and JC Moses on drums! This 1963 recording, originally done in Copenhagen, is one of the group's most lasting statements – a bold, bracing bit of jazz that seems to pick up energy from Ornette Coleman's dimming flame, prefacing Albert Ayler inferno to come, wrapped up with some of the sensitivity of Eric Dolphy in his final years – a record that rivals the best that any of those three players had to offer. Shepp's got an intensity that almost blows away his Impulse sides, and Tchicai has hardly ever sounded better – and even Cherry seems to be unlocking a whole new side of his spirit in the process of the recording! Titles include "Mick", "The Funeral", "When Will The Blues Leave", "Crepescule With Nellie", "OC", and "Cisum".  © 1996-2023, Dusty Groove, Inc.