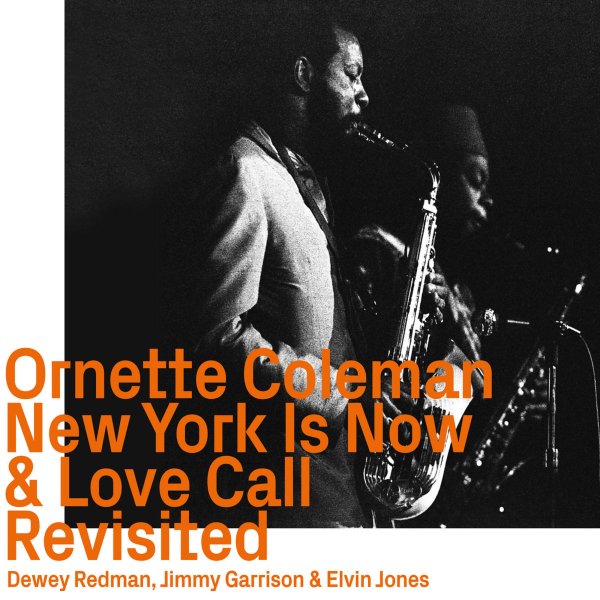 A pair of late 60s classics for Blue Note – back to back on a single CD! First up is New York Is Now – a pretty bold statement from saxophonist Ornette Coleman, but one that definitely shows his shift in role – from a major force on the LA underground of the early 60s, to an artist who was helping pave the way for a huge wave of growth on the New York downtown scene in years to come! Ornette's at his most late 60s unbridled here – freer than before, and working with a lineup that includes Jimmy Garrison on bass and Elvin Jones on drums – still no piano at all – plus great work from Dewey Redman on tenor, who really burst into new prominence with this album. Ornette plays a bit of violin alongside alto sax – and tracks include "Toy Dance", "Round Trip", "Broad Way Blues", and "We Now Interrupt For A Commercial". Next is Love Call – a really great late 60s session from Ornette Coleman – one that shows is increasing expansion in sounds and styles, and which also offers a bridge between avant jazz generations too! That bridge comes in the presence of Jimmy Garrison on bass and Elvin Jones on drums – a surprising Coltrane rhythm duo, working here with Ornette's mindblowing work on alto sax, and tenor from a young Dewey Redman – already a crucially intense player here next to Coleman, as both are set free in a group without any piano – that Ornette melding of rhythm and melody, but with a very different vibe than the Atlantic years! Coleman blows trumpet on one tune – and titles include "Love Call", "Airborne", "Check Out Time", and "Open To The Public".  © 1996-2022, Dusty Groove, Inc.