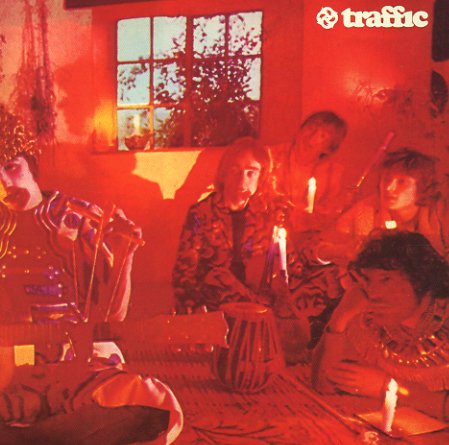 The incredible first album from Traffic – a record that was already way ahead of the pack, and would set the tone for so many other sounds and modes from others in years to come! At some level, the group were just coming off the big beat group years in the UK – that time of strong inspiration from American soul, jazz, and R&B – but they're already pushing all these elements in very different ways – certainly psychedelic, as you'd guess from the image on the cover – but also still holding onto a lot of the soul and jazz that first inspired them! To our ears, the reed work of Chris Woods is as important to the record as the Hammond from Steve Winwood, guitar from Dave Mason, and drums from Jim Capaldi – plus the vocals from all three – and in addition to the classic title cut "Mr Fantasy", other tunes include "Dealer", "House For Everyone", "Berkshire Poppies", "No Face No Name No Number", and "Coloured Rain".  © 1996-2022, Dusty Groove, Inc.
(Remastered edition – with both UK stereo and US mono versions of the entire album!)

Traffic (Japanese paper sleeve edition)
Island (Japan), 1968. Used
CD...$14.99
The second album from Traffic, and a set that forever cemented their legacy in the annals of modern music – a set that has Dave Mason returning to the group after a brief hiatus, and maybe helping the quartet find a tighter, rootsier sound overall! The approach here is nicely mixed – ... CD