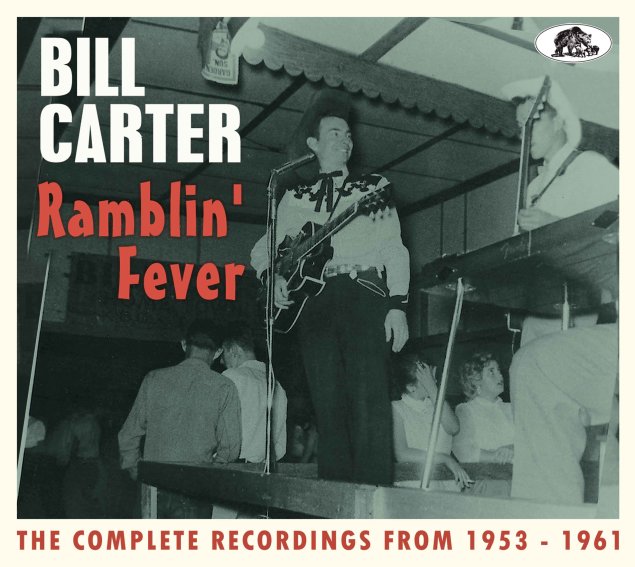 The lost legacy of the great Bill Carter – one of the more obscure figures on the California scene of the postwar years – and an artist who was every bit as much an early rocker as he was a country singer! Like so many of his Cali contemporaries, Carter had roots in the south, but headed west when the time was right – sometimes sporting western cowboy wear, but often sounding a lot more different than that guise might make you think! And different than some of his California contemporaries, Bill didn't record just in Bakersfield and LA – as much of the work here was done up north in the Bay Area, where Carter was a big figure in the clubs providing entertainment for new arrivals from points east. This 2CD set is almost a box set sort of introduction to Bill's work – as it features all his rare recordings, and also a number of early 60s tracks that never made it to vinyl – served up in a massive 67 track package, with cuts that include "Jailer Man", "Cool Tom Cat", "I Knew Her When", "Mama Loves Papa", "Long Lost Girl"- "Wild Strings", "Honeymoon On A Rocket Ship", "Seven Years", "Stowaway", "Secret Date", "Lookin Through The Bars", "Colt 45", and lots lots more!  © 1996-2023, Dusty Groove, Inc.