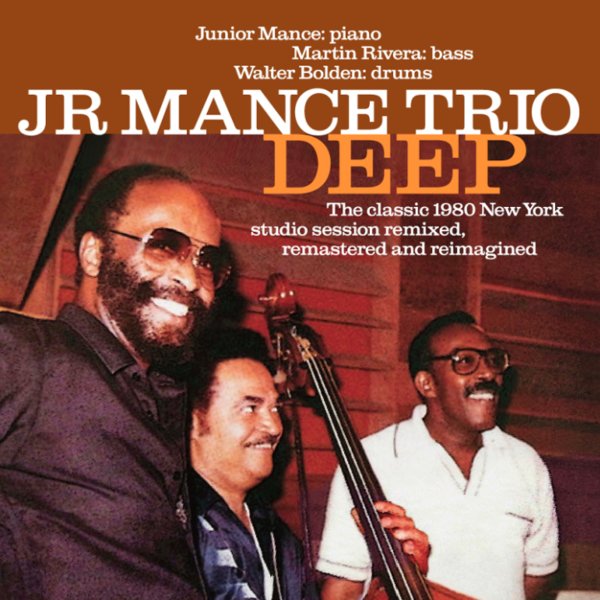 A great little record from Junior Mance – done at a time when the pianist had faded from the limelight a bit, after early 70s sessions for Atlantic – but playing here at a level that's maybe even more well-rounded and confident than on some of those albums! The date's just a trio setting – with Martin Rivera on bass and the great Walt Boden on drums – but there's definitely some special magic going on, and the whole thing grooves with a timeless vibe that's way more than you might expect for a small-label session. Junior's left hand is amazing, and his right is pretty damn great too – on titles that include "9:20 Special", "Small Fry", "Deep", "Smokey Blues", "In The Evening", and "Ease On Down The Road". CD features new mastering, and three bonus alternate takes!  © 1996-2022, Dusty Groove, Inc.