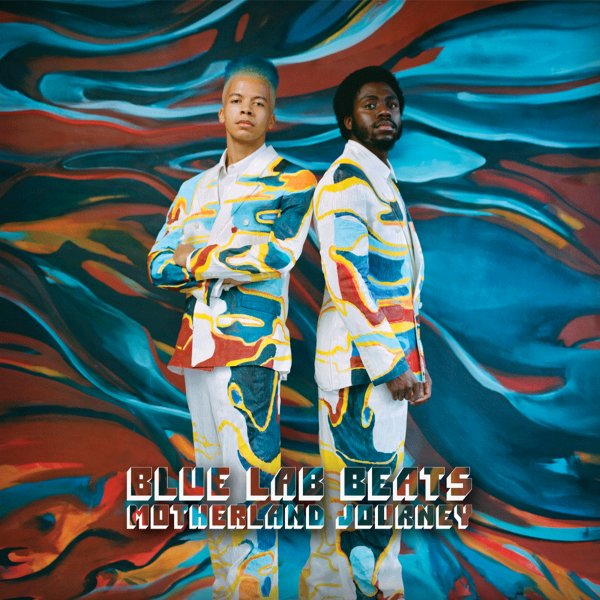 Also available
Blue Lab Beats — Motherland Journey ... CD 14.99
The first full length set from London duo Blue Lab Beats – a pair who are very well-placed on Blue Note Records, but more as ambassadors of some of the more soul-styled work the label has done in recent years! There's a very collaborative vibe going on here – as the core producers open the door to a range of guests, and change up the moods of the cuts from track to track – almost with the sort of energy of the initial Black Radio projects from Robert Glasper, but with more London elements in the mix – and an approach that moves far past jazz at many moments! The album features work from Killbeatz, Kiefer, Ghetto Boy, Emmavie, Poppy Daniels, Kofi Stone, Jerome Thomas, and others – including a from-the-grave appearance by Fela Kuti – and titles include "Motherland Journey", "A Vibe", "Gotta Go Fast", "Labels", "I'll Be Here For You", "Dat It", "Home", "Warp", "Sensual Loving", and "Blow You Away".  © 1996-2023, Dusty Groove, Inc.

Freaky Power (2022 Japan Record Day Release)
At Home Sound (Japan), 2022. New Copy
LP...$39.99 44.99
That's bassist Kenichi Ikeda standing strong on the cover of the album – but he's not alone in the music, as the whole thing features a full funky combo that's definitely driven by strong inspirations from 70s funk! The vibe is a bit fuller – think some of the bass-driven funk of ... LP, Vinyl record album