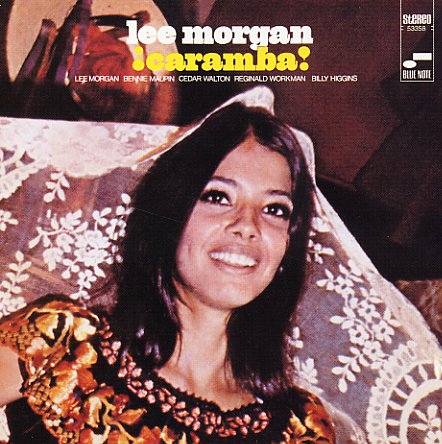 Also available
Lee Morgan — Caramba! ... CD 14.99
One of our favorite Lee Morgan albums, and one of his least known – a set recorded in the crucial last five years of his life, and a sparkling mix of hard bop, soul jazz, and slight bits of modernism – that magical mix that Lee was hitting as he reached farther and farther with his music – an amazing legacy in jazz that has us loving every Morgan session from 1965 onward! Lee's playing in very comfortable territory, with a group that includes Bennie Maupin on tenor, Cedar Walton on piano, Reggie Workman on bass, and Billy Higgins on drums – but that doesn't mean that the proceedings are relaxed at all, because the interplay between the players is flawless, and they use their familiarity as a great springboard to soar off into rich new territory. Lee wrote all the tunes on the record – like "Caramba", "Suicide City", and "Soulita". An excellent record throughout, and one that we'd never part with!  © 1996-2022, Dusty Groove, Inc.
(Part of the Blue Note Classic Vinyl Series!)