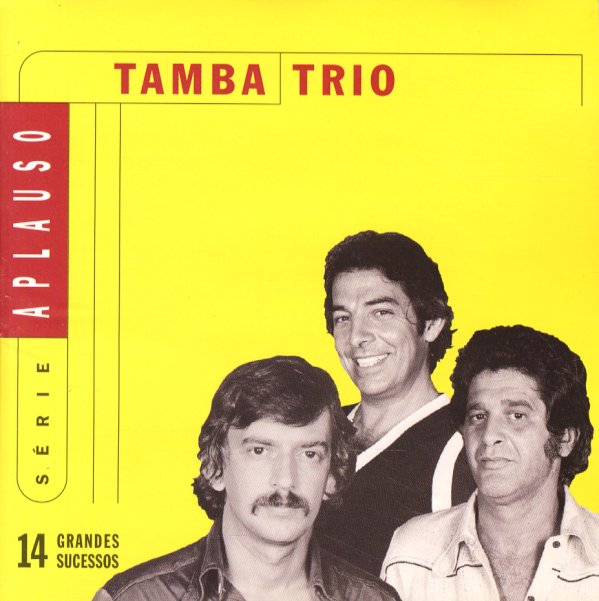 Avanco (Japanese paper sleeve edition)
Philips/Universal (Japan), Mid 60s. Used
CD...$19.99
A seminal set from one of the greatest bossa combos ever – a group who could boast sharp instrumentation and warm vocal harmonies too! The mix of sounds is completely sublime – jazzy piano trio sounds at the core, topped by soaring harmonies from the members of the trio – a ... CD

Black & Blue (aka Tamba – Luiz Eca/Bebeto/Helcio Milito)
Dear Heart/BMG (Japan), 1974. Used
CD...$19.99 24.99
A sublime 70s groover from the great Tamba Trio! This one works off of the expanded sound that the bossa jazz combo were forging on their late 60s work for CTI – adding in some more complicated arrangements by Luiz Eca to the regular piano/bass/percussion groove, pushing the sound into a ... CD

Tamba Trio Classics
Polygram (Brazil), Mid 60s. Used 2CDs
CD...$19.99 24.99
Finally! Polygram has gone ahead and decided to put out a CD of the Tamba Trio's fantastic stuff from the 60's. The group – which featured pianist Luiz Eca, bassist Bebeto, and drummer Hecio Milito – was a groovy little combo that played bossa nova instrumentals with piano in the lead ... CD