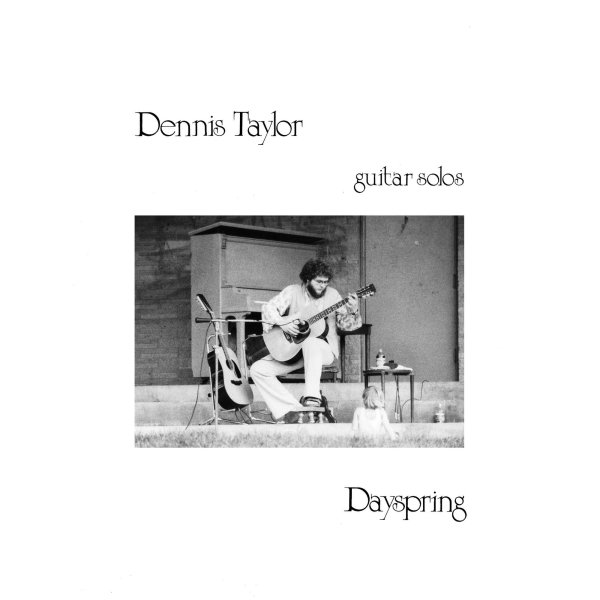 Tremendous acoustic guitar work from Dennis Taylor – an obscure player who issued this own album himself in a very small edition – but one we'd rank right up there with some of the bigger giants of the solo acoustic universe! At some level, Taylor's got a lot of Alex DeGrassi in his mode – that more deft, layered style that was emerging from the American acoustic underground at the end of the 70s – but he also has an ability to maybe step back for some of the more offbeat, introspective qualities of the generation before – not Takoma Records exactly, but clearly with an experimental ear that continues to keep things interesting throughout. A great lost classic, and one of those records that really blows you away when you remember that you're just hearing one guy, on one instrument – on titles that include "Going Nowhere Fast", "Bicycle Town", "Roses Of Thy Garden", "Spanish Dancer", "Reflection Of The Dayspring", "In The Silence", and "From The East To The West".  © 1996-2023, Dusty Groove, Inc.