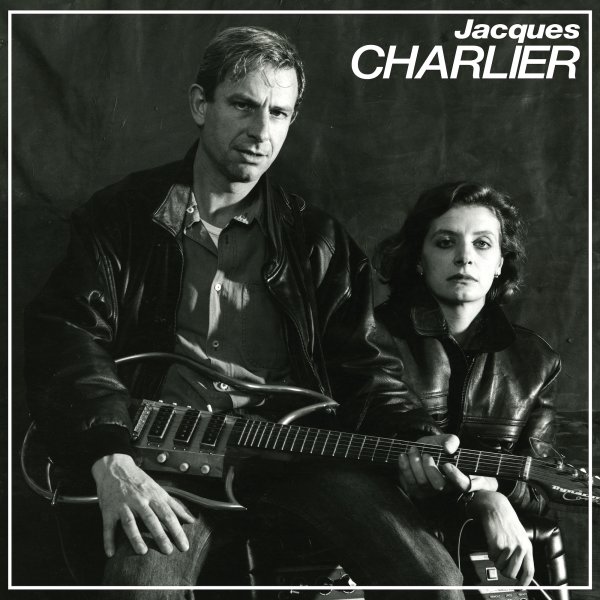 Art In Another Way

Very cool work from Belgian artist Jacques Charlier – music that almost brings a cold wave style into play with some more familiar French song styles – but with this dark edge that almost feels like work on Factory Records or Disques Du Crepuscule! A good deal of these tracks are unreleased, and fit nicely to the few that came out on albums in the mid 80s – almost all with a spare drum machine rhythm behind Charlier's effects-laden guitar and stark vocals – sometimes coming across like Vini Riley of Durutti Column in an angry mood on a bad day! We'd not heard any of this work when it was release, which makes the whole thing a great discovery, especially given the unreleased tracks – a set with titles that include "Vampirella", "Perki Show", "Check Up", "L'Amour Dans Les Chansons", "Sambas", "Passing Time", "Tout Va Bien", "Un Chat Dans Mon Lit", and "End Of WE".  © 1996-2022, Dusty Groove, Inc.
(Double LP pressed at 45 rpm.)