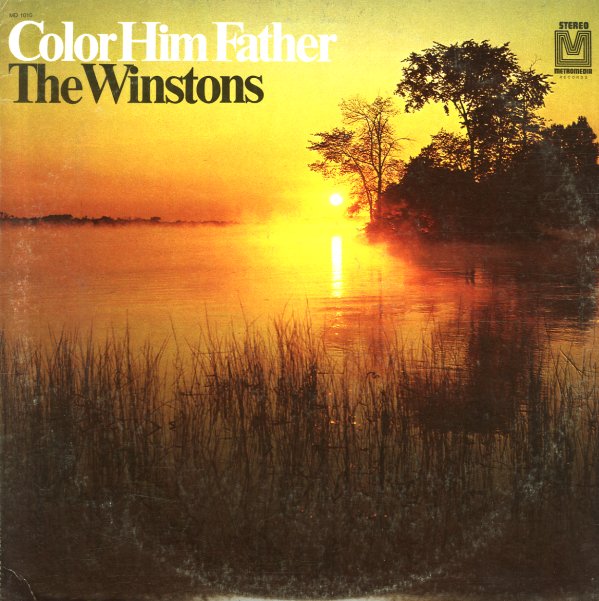 Also available
Winstons — Color Him Father (with bonus 12 inch dubplate) ... LP 33.99
The one and only album ever cut by The Winstons – an obscure mixed-race soul combo who had roots in Otis Redding's touring band, and who hit big with a soul Grammy in 1969 for the title track to this one, "Color Him Father". The cut's an amazing document of its time, a sweet little story-song about a boy who's lost his dad in the war (Vietnam?), and who grows to love the new guy that his mom is dating. Sounds sappy, but it's one of the most compelling soul singles of the 60s – and is always a treat to hear. The other big cut on the record is the classic breakbeat track "Amen Brother", which is an instrumental reading of the gospel standard, done in a fast-funk style that's been sampled for years – both by hip hoppers and by drum n bass producers! (Noteworthy, too, is the fact that this 33rpm album offers a bonus on the cut that the 45rpm single does not – you can play the album at 45rpm to speed up the break in the track, getting a great jungle effect!) The rest of the record is pretty good – but mostly features the group trying to cover work by other artists, on songs like "The Chokin Kind", "The Greatest Love", "Everyday People", and "Only The Strong Survive". CD features bonus tracks – "Love Of The Common People", "Wheel Of Fortune", "Say Goodbye To Daddy", and "Mama's Song".  © 1996-2022, Dusty Groove, Inc.