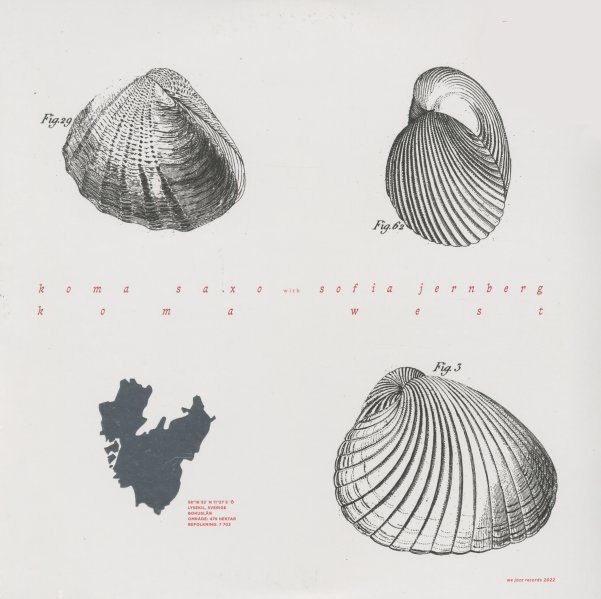 Also available
Petter Eldh & Koma Saxo feat Sofia Jernberg — Koma West ... LP 22.99
An even more amazing record than the previous outing from Petter Eldh and his Koma Saxo ensemble – a set that adds in a bit of vocals from Sofia Jernberg, and really has the group pushing their sound to a whole new level! The music is jazz at the start, but is quickly concerned with all these other sonic possibilities – as Eldh adds in samples and piano next to his own bass, in a lineup that mixes cello, violin, and a range of saxes with some nicely jagged drums – the last of which create rhythms that are unsettling, while the music itself is still tuneful – especially at moments when Kit Downes brings in some piano solos to the work. Titles include "Ostron Accordion", "Kippan Granit", "Koma Rail", "Narhet", "Clos Eko", "Lo Ve Ko Ma", "Croydon Koma", and "Flamman".  © 1996-2022, Dusty Groove, Inc.