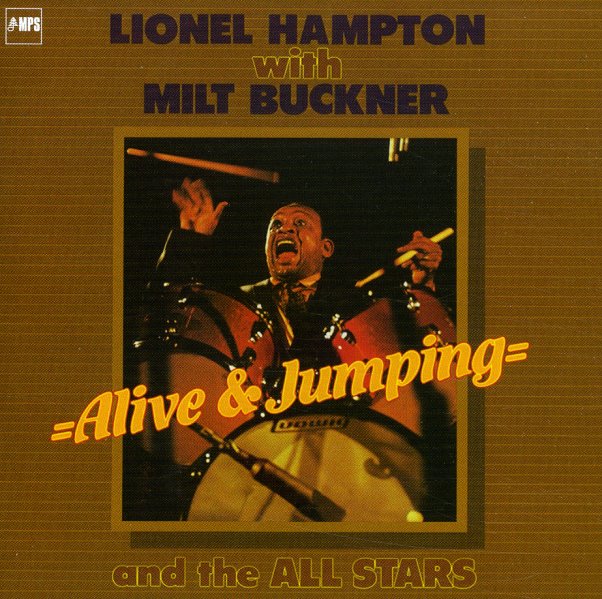 A great revival moment for some older jazz giants – all players who really catch fire here in the MPS scene of the 70s! The record features the vibes of Lionel Hampton in the lead (and, if the cover is to be believed, also a bit of drums) – and also includes excellent work from Milt Buckner on Hammond (one of his last sessions ever) – plus especially strong work from Cat Anderson on trumpet and Eddie Chamblee on tenor – both players who really get to step out here a bit at times, and remind us what they can do when they really get a chance to wail! Other players in the small group include Billy Mackel on guitar and Paul Moen on alto – and titles include "Midnight Sun", "Avalon", "Funky Mama", and "I'm Confessin" – plus the obligatory jam on "Flying Home".  © 1996-2022, Dusty Groove, Inc.