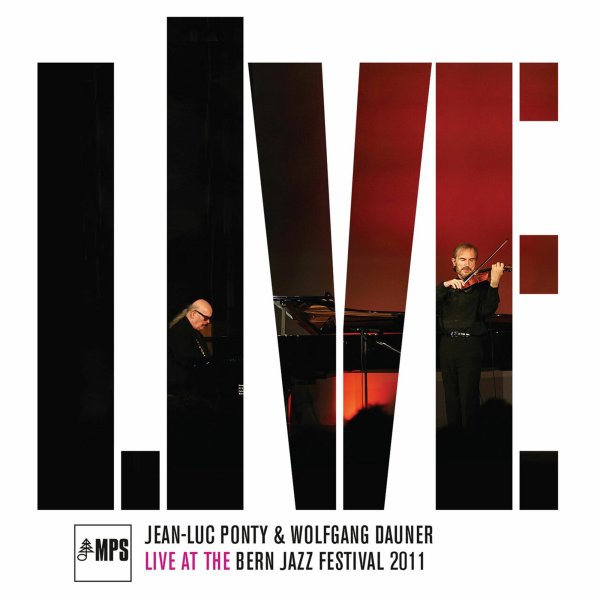 Also available
Jean Luc Ponty & Wolfgang Dauner — Live At The Bern Jazz Festival 2011 ... LP 28.99
Two older greats from the MPS label scene of the 70s – coming together here in a later set that shows a wonderful maturation of their talents! Both Jean-Luc Ponty and Wolfgang Dauner had an early talent to stun the ears with great use of electronics – but both musicians are all-acoustic here, and really sounding wonderful in a set of extended duets recorded at the Bern Jazz Festival! Dauner's got a stunning ear for the full range of tones and colors in the piano – almost as if he inherited a new sonic spectrum from his early electronic experiments, then turned them back to straighter jazz – in modes that also have Ponty following suit with these long-flowing lines that remind us how great he can be in just the right mode. Each player gets one solo track, but the record is mostly duet material – and titles include "Suite For Claudia", "Once Upon A Dream", "Pamukkale", "Sketch Up & Downer", "Hong Kong Fu", and "Two Thousand One Years Ago".  © 1996-2023, Dusty Groove, Inc.