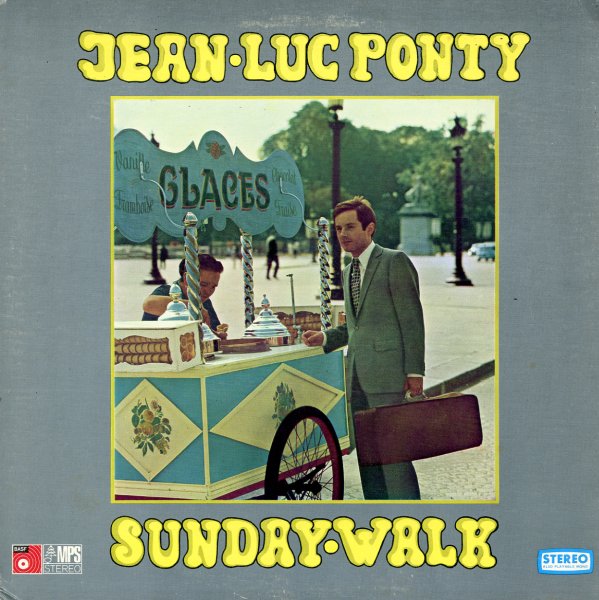 Also available
Jean Luc Ponty — Sunday Walk ... CD 14.99
A really beautiful early album from the legendary Jean-Luc Ponty – a set that's maybe more straight jazz than some of his later work, and which also represents a pivotal shift in the use of the violin in jazz! Ponty's phrasing here is very different than previous players who handled the instrument in such a setting – almost more informed by a saxophone than earlier instrumentalists – often with notes that are not nearly as sweet as others, and heard to perfection in the company of this quartet! The whole group is great – Wolfgang Dauner on acoustic piano, also straighter than in later years – plus Niels Henning Orsted Pederson on bass, and Daniel Humair on drums. Titles include "Sunday Walk", "Cat Coach", "Suite For Claudia", and "Carole's Garden".  © 1996-2022, Dusty Groove, Inc.
(180 gram pressing – remastered from the original tapes!)