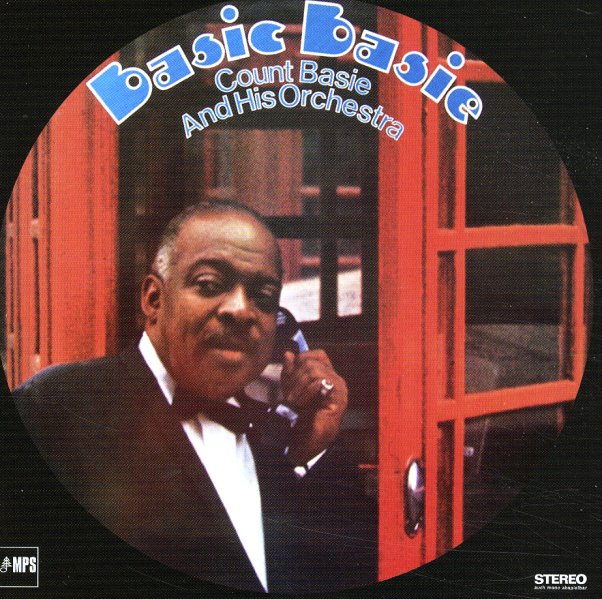 Nothing basic about this album by Count Basie – as the album has the legend working for the MPS label – whose own big band scene he really helped inspire! The band here is really dynamic – working with great arrangements from Chico O'Farrill, who's inherent sense of groove really gets things going from the start – which creates plenty of energy for the horn work by players who include Bobby Plater and Marshall Royal on alto, Eric Dixon on flute and tenor, Eddie Lockjaw Davis on additional tenor, Grover Mitchell on trombone, and Oscar Brashear and Sonny Cohn on trumpets. Basie himself plays piano – with that legendary punctuated style that's still quite strong at this point – and titles include "M Squad", "Blues In My Heart", "Sweet Lorraine", "Red Roses For A Blue Lady", "As Long As I Live", and "I've Got The World On A String".  © 1996-2022, Dusty Groove, Inc.

Art Blakey's Jazz Messengers With Thelonious Monk (2CD edition – with bonus tracks)
Atlantic/Rhino, 1957. New Copy 2CD
CD...$24.99 (LP...$33.99)
Angular Monk meets hard-driving Art Blakey – in a session that's quite unique, and which has gone onto become one of the best-remembered Atlantic jazz sessions of the late 50s! The album features Blakey in that key non-Blue Note year of 1957 – a time when he was working with a variety ... CD

Mingus Three (aka Trio) (2CD edition – with bonus tracks)
Jubilee/Warner, 1957. New Copy 2CD
CD...$24.99 25.99
A classic trio session from Charles Mingus – one of the few he ever recorded! The set's got Mingus on bass, working with regular drummer Danny Richmond and pianist Hampton Hawes – an unusual choice for the record, but a player whose sense of freedom and intensity at this point really ... CD