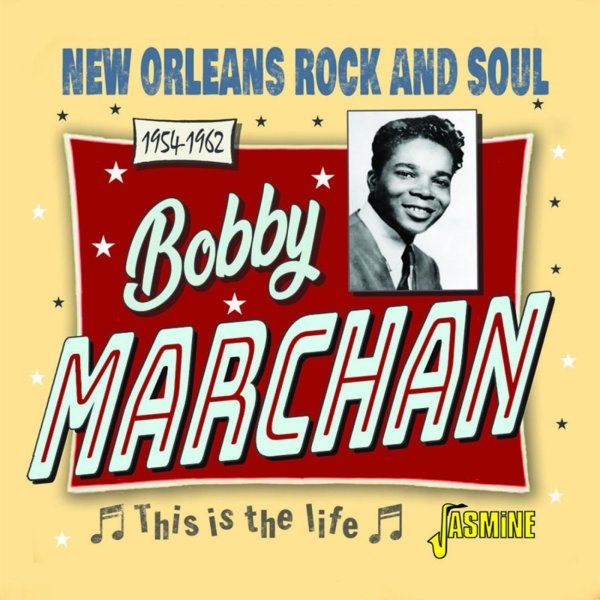 A killer collection, and one that might well be called "the roots of New Orleans soul" – given how important these recordings were to the sound of Crescent City in years to come! Bobby Marchan is completely on fire throughout – already working in that slow-stepping Nola groove right from the start of his career – moving through R&B modes to the growing soul styles of the 60s – as he shifts from labels that include Ace, Gale, Fire, and Sphere Sound! And yes, some of those later cuts weren't recorded in New Orleans, but Bobby's got a classic sound throughout – raw vocals, rolling grooves, and a standard-setting style on cuts that include "Pity Poor Me", "Give A Helping Hand", "Chickee Wah Wah", "Snoopin & Accusin", "Rockin Behind The Iron Curtain", "You Can't Stop Her", "You're Still My Baby (parts 1 & 2)", "I Miss You So", "What You Don't Know Don't Hurt You", "Things I Used To Do (parts 1 & 2)", "Look At My Heart", "Yes It's Written All Over Your Heart", "I Know", "Don't Take Your Love From Me", and the unissued "Little Girl Of Mine".  © 1996-2022, Dusty Groove, Inc.