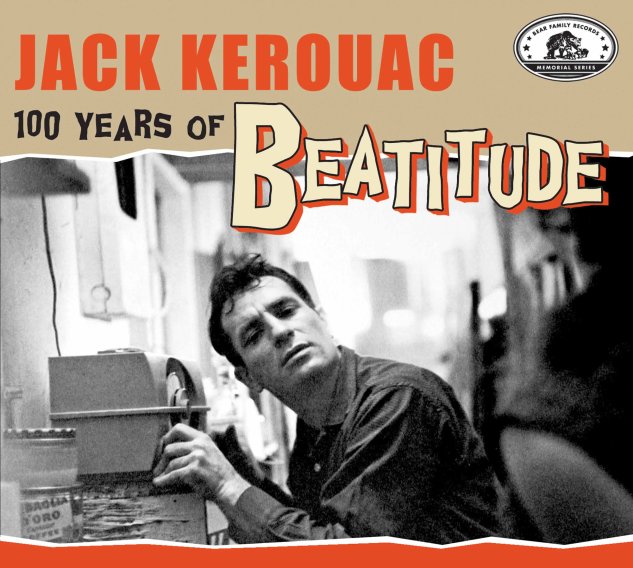 A really cool little collection – and one that only has partly to do with the beat-era writings of the legendary Jack Kerouac! Jack does appear on the set, and there are some spoken passages by some of his contemporaries – but the sprawling 2CD set does a heck of a lot more to illuminate the vibe of the time – by bringing together jazz vocal and instrumental tracks that were key to the beats, as well as a whole bunch of beatnik-related recordings – some by authentic acts, some by others who were a bit more tongue in cheek – doing their own thing to throw their hat in the ring in the pre-hippie generation! As with other collections on Bear Family like this, the presentation is wonderful – great notes and a fantastic choice of songs – 52 tracks in all, with work by Babs Gonzales, Three Bips & A Bop, King Pleasure, Big Jay McNeely, John Barry, Shel Silverstein, Lenny Bruce, Slim Gaillard, Ken Nordine, Kenny Clarke, Paul Gayten, Oscar Brown Jr, Carl Sandburg, Charlie Parker, The Bee Hives, Louis Nye, Mamie Van Doren, Bing Day, Bob McFadden, Joel Hall, Don Morrow, Lambert Hendricks & Ross, Allen Ginsberg, Paul Evans, and Jack Kerouac himself!  © 1996-2023, Dusty Groove, Inc.

Pause For The Cause – London Rave Adverts Vol 1 1991 to 1996
Death Is Not The End, Mid 90s. New Copy
CD...$12.99 14.99
A really unusual collection, and one that really captures a key musical moment in the London scene – a time when all sorts of underground activity was happening on the rave scene, but people didn't have the world of cell phones and internet to connect! So instead, folks got news out about ... CD