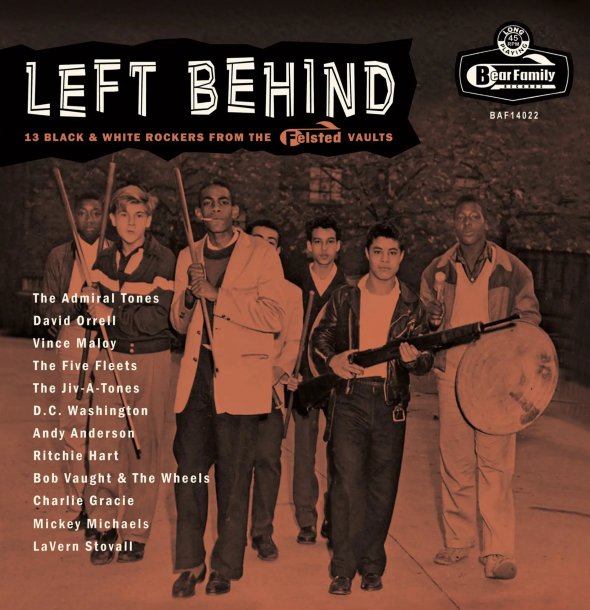 A totally wonderful package, and one that offers a deep dip into the surprisingly strong rock and roll side of the Felsted label! Felsted is best known as the home to pop hits, jazz artists, and easy listening records – but the company also managed to record some killer singles in the early years of rock and roll – most of which we'd never heard before this fantastic set! The package is as cool as the music itself – a perfect presentation of raw rockers that has 13 tracks on a 10" vinyl release, and a whopping 34 titles on the CD that's included in the package – along with a full color booklet of label scans and notes on the music! The sound is nice and raw – much more like some Memphis indie than you'd guess from Felsted – and the set includes work by The Five Fleets, DC Washington, David Orrell, The Admiral Tones, Charlie Gracie, The Roosters, LaVern STovall, Mickey Michaels, Vince Maloy, and many others.  © 1996-2022, Dusty Groove, Inc.
(Limited edition – with bonus CD and illustrated booklet!)