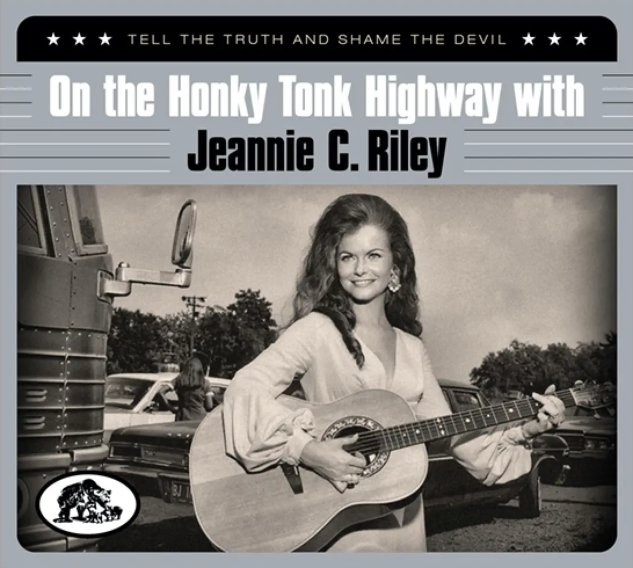 A fantastic collection of work from country singer Jeannie C Riley – an artist that most folks know for her one major hit, but who also has a heck of a lot more to offer – as you'll discover on this set! Riley is best known for the seminal "Harper Valley PTA" – and the vibe of that track does a good job of setting up the spirit of the rest of the work here – which includes a fair bit of no-nonsense cuts that have Jeannie coming across almost like a feminist – really throwing things back at the boys of the country music world, with songs that are a response to their drinking and cheating – as the lady herself paves a new path forward. Riley can also be a great straighter country singer too, and you'll hear that on the work on the collection too – pulled together almost exclusively from tracks recorded for Plantation Records in 1968, with titles that include "The Back Side Of Dallas", "The Little Town Square", "Good Enough To Be Your Wife", "Duty Not Desire", "In The Tree Of Joy", "Satan Place", "I Almost Called Your Name", "The Street Singer", "The Cotton Patch", "Teardrops On Page 43", "Yesterday All Long Today", "The Girl Most Likely", and "Tell The Truth & Shame The Devil". 29 tracks in all, including some non-LP singles and b-sides that appear here on CD for the first time ever – and the great Bear Family set of notes!  © 1996-2022, Dusty Groove, Inc.

King Of Country Music – The Complete Foundational Recordings – 1936 to 1951 (9CD & DVD set)
Bear Family (Germany), Late 30s/1940s/Early 50s. New Copy 9CDs & DVD
CD...$239.99 399.99
Seminal work by one of the first big figures in country music – the great Roy Acuff, whose early material was the second force putting the sound on the map after the work of Jimmie Rodgers! Roy was one of the greatest stars of the early years – a hell of a singer, an important composer ... CD