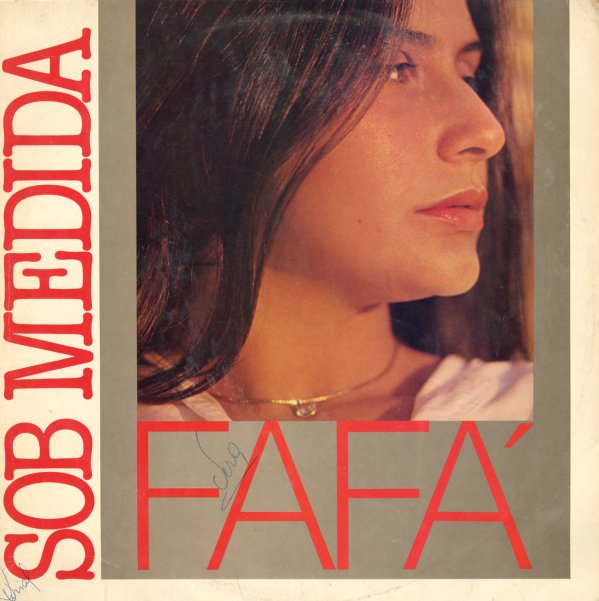 Dois Na Bossa - Numero 2
Philips (Brazil), 1966. Very Good
LP...$34.99 (CD...$14.99)
A year after their debut, Elis Regina and Jair Rodrigues are back on stage with a second lively set of tracks – tightly smoking material that weaves together bossa, samba, and jazz – all with an edge that's almost even greater than Elis' later studio albums! Even at this young age, her ... LP, Vinyl record album

Ela
Philips (Brazil), 1971. Near Mint-
LP...$29.99
Elis Regina never lets us down – as you'll hear on this great record from 1971! The album captures Elis straddling the fence of her styles – one foot in the older jazzy bossa/samba camp, the other in the more sophisticated range of baroque MPB she virtually invented. Her voice is ... LP, Vinyl record album

Ben
Philips (Brazil), 1972. Near Mint-
LP...$149.99 (CD...$5.99)
A stunner of a record from the mighty Jorge Ben – and a record that catapulted the Brazilian singer to international fame at the time! Ben had already been making magic for almost a decade down in Brazil – and his compositions and grooves left an undeniable impact on the scene in the ... LP, Vinyl record album

Quando O Carnaval Chegar
Philips (Brazil), 1972. Near Mint-
LP...$24.99
A fantastic soundtrack recorded in the immediate post-Tropicalia years – featuring some of the best early 70s work by Chico Buarque, Nara Leao, Maria Bethania, and others! The cover has a mad image with Buarque, Leao, and Bethania in top hats and shiny uniforms – and the music follows ... LP, Vinyl record album

Festa Para Um Rei Negro
Philips (Brazil), 1971. Very Good
LP...$14.99
A very compelling album – and a rootsy change from the work Jair of Rodrigues during the 60s! The album starts out with a strongly forro-based groove – and although it shifts back to other samba sounds through the progression of the songs, there's a distinctly (and slightly radical) ... LP, Vinyl record album

Look To The Rainbow
Verve, 1965. Very Good+
LP...$34.99
One of the moodiest Verve albums from Astrud Gilberto – a set that has some surprising arrangements by Gil Evans – working here on one of his few 60s dates with a singer! Astrud's blue-tinged vocals work perfectly with Evans' backdrops – and Al Cohn also takes over the helm on ... LP, Vinyl record album

Seeds On The Ground – The Natural Sounds Of Airto
Buddah, 1971. Near Mint- Gatefold
LP...$49.99 (LP...$30.99)
Easily one of the greatest records that Brazilian percussionist Airto ever recorded – a stunning blend roots and jazzy currents, and a set that follows strongly off his work in the group Quarteto Novo! The set's got contributions from one of his key partners in that combo – reedman ... LP, Vinyl record album

Jacaranda
Ranwood, 1973. Near Mint- Gatefold
LP...$99.99
Very cool album recorded by Luiz Bonfa in the US, with cool electric arrangements by Deodato, and a sound that's unlike anything else he's ever done! Some tracks even get downright funky, and there's a nice break or two on here, if you're the type that digs for that sort of thing. Titles include ... LP, Vinyl record album